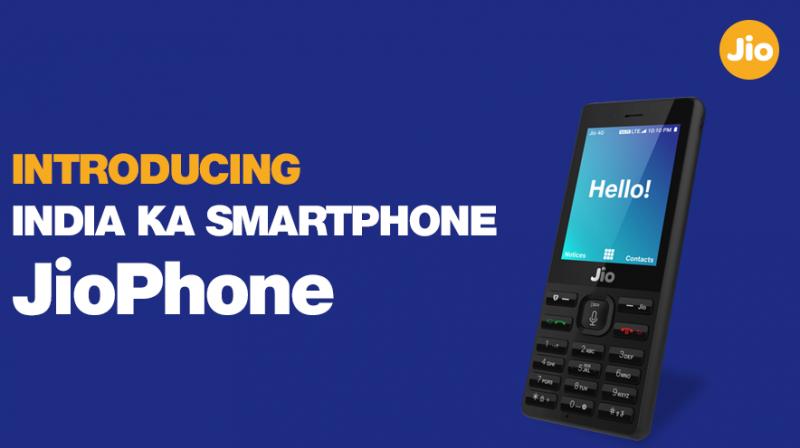 Mumbai: Ambani family scions Akash and Isha debuted before RIL shareholders today, introducing 4G-enabled feature phone -- an offering by its telecom arm which is the company's biggest bet after petrochemicals.

Accompanied by a fellow director on the Reliance Jio board, Kiran Thomas, the 25-year-old twins introduced a new cheaper handset JioPhone that was announced by their father and RIL chairman Mukesh Ambani at the AGM.

While Isha restricted to describing the product features, Akash and Thomas showcased the detailed workings like how the phone, which is available at an "effective" cost of zero, operates on voice commands.

In the process, there were calls and texts exchanged between Akash and Thomas while standing on Isha's either side. Both the scions of the family, which owns around 45 per cent of the country's biggest corporate, are reported to be educated in American universities.

To be sure, this was not the first outing for the duo, who had first introduced the company's offerings in late 2015. Apart from utilising the AGM to chart out the company's roadmap for ten years, the 60-year-old chairman Mukesh Ambani had a unique request for shareholders which spoke volumes about the twins' importance.

"As a new generation of leadership emerges at our company, I seek your blessings for them to take Reliance to new heights of success and glory," the father said. Before this, he called Jio as a young company with 1 lakh employees led by the 25-year-old twins.

"Jio is a young organisation and Akash and Isha, our directors at Jio, both 25, lead a large contingent of success-hungry and highly talented professionals," he said. The chairman called the next ten years as a "golden decade" for RIL, which will be completing fifty years as a listed entity in 2027.

He said the company will achieve more in this decade than what it has done in the last 40 years.  Mukesh had joined the company in 1981, while he was still
pursuing MBA at Stanford, to help erect the company's biggest bet at that time -- a polyester plant at Patalganga on the outskirts of the financial capital.