Companies like L&T and Godrej group contributing with hardware and testing solutions in success of Chandrayaan-2 mission. 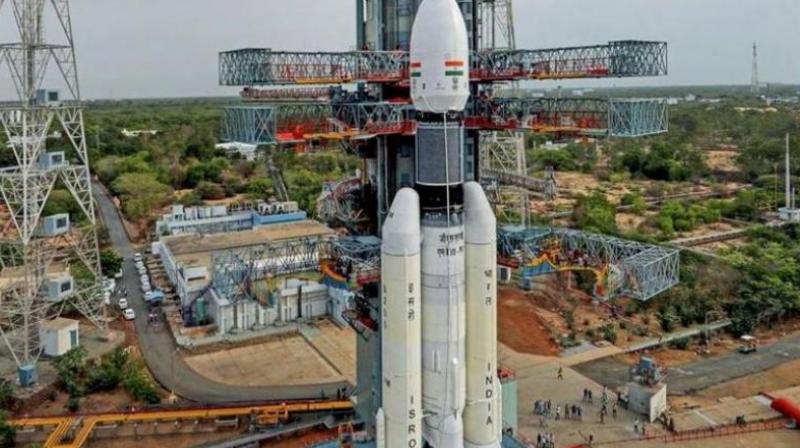 ISRO has worked to keep import costs low by designing most of the parts for its programme that are then outsourced to the domestic private sector. (Photo: PTI)

Mumbai: Private sector players had a significant role to play in the success of the state-run ISRO's Chandrayaan-2 mission with companies like Larsen & Toubro (L&T) and Godrej group contributing with hardware and testing solutions.

Dubbed as 'Baahubali', the Rs 978 crore unmanned mission lifted-off from the second launchpad at the spaceport into skies at 2.43 pm and successfully placed the 3,850-kg Chandrayaan-2 into the earth orbit about 16 minutes later.

Apart from these two large corporates, companies like Ananth Technologies, MTAR Technologies, Inox Technologies, Lakshmi Machine Works, Centum Avasarala and Karnataka Hybrid Microdevices, are reported to have contributed to the successful launch of the mission.

"Godrej's contribution to the mission includes critical equipment such as L110 engine and CE20 engine for the launcher GSLV Mk III, thrusters for the orbiter and lander, and components for the DSN antenna," Godrej Aerospace Executive Vice President and Business Head SM Vaidya said in a statement.

Commenting on the success, JD Patil, Whole-time Director, and Senior Executive Vice President for L&T's Defence and L&T-NxT businesses said we have played a vital role in powering ISRO's second historic mission to the moon, by providing number of critical flight hardware, sub-systems and assemblies.

Besides manufacturing, L&T also carried out Proof Pressure Testing to ascertain the integrity and impeccable fabrication quality of the entire S200 solid boosters. The company also supplied hardware like Umbilical and Honey Comb Deck Panels that were used in this launch.

Patil further said L&T has played a significant role in the Indian space programme and has been associated with all generations of launch vehicles including SLV3, ASLV, PSLV, GSLV to the latest GSLV Mk-III, which is being used for the Chandrayaan-2.

Besides private sector, the State-run Steel Authority of India (SAIL) also supplied special-quality stainless steel from its Salem steel plant for the requirements for stringent specifications, superior surface finish and close tolerances for the mission. The lunar mission which was originally planned on July 15 was delayed due to a technical snag.

The Chandrayaan-2, a three-module spacecraft comprising orbiter, lander and rover, will be subjected to a series of orbit manoeuvres using its onboard propulsion system to take it to the vicinity of moon over the next weeks with the rover soft landing planned on September 7.

India launched its domestic space program 50 years ago and had to develop its own technology and rocket after Western powers levied sanctions in response to a 1974 nuclear weapons test. Since then ISRO, has worked to keep import costs low by designing most of the parts for its programme that are then outsourced to the domestic private sector.