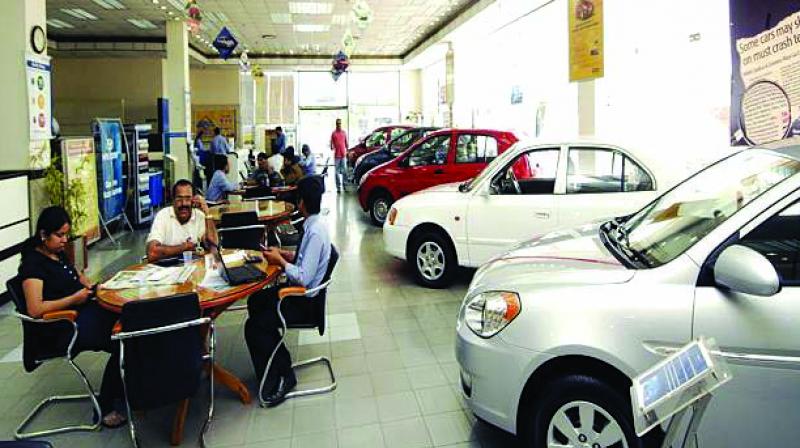 FM Nirmala Sitharaman said the government's focus will be on setting up of infrastructure for development of ancillaries/components, including batteries for exports.

New Delhi: In a bid to address slowdown in the auto sector, the government on Friday announced a slew of measures including lifting ban on purchase of vehicles by government departments, and allowing additional 15 per cent depreciation on vehicles acquired from now till March 2020.

The Centre will lift the ban on purchase of new vehicles for replacing all old vehicles by government departments, and consider various measures including scrappage policy to boost demand, she said.

Besides, both electric vehicles (EVs) and Internal Combustion Vehicles (ICV) will continue to be registered.

The minister said the government's focus will be on setting up of infrastructure for development of ancillaries/components, including batteries for exports.

The government will also allow an additional 15 per cent depreciation, taking it to 30 per cent, on all vehicles acquired from now till March 2020.

The revision of one-time registration fees has been deferred till June 2020, she added.

Leaders from the Indian auto industry had asked the government for a stimulus package, including GST reduction on vehicles, for the sector which has been hit by an unprecedented slump in sales. The passenger vehicles (PVs) segment has been the worst hit, with sales continuing to decline for almost a year now.

Federation of Automobile Dealers Associations (FADA) has stated that nearly two lakh jobs have been cut in the last three months due to the slowdown.