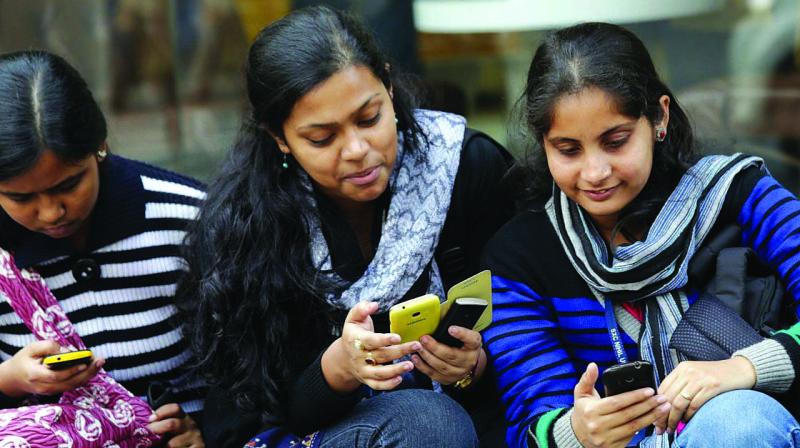 The review petitions challenge the inclusion of notional incomes as a part of AGR and also the imposition of interest on outstanding dues, reports said.

The review petitions challenge the inclusion of notional incomes as a part of AGR and also the imposition of interest on outstanding dues, reports said.

The review petitions also seek to contest the levy of penalties as upheld by the apex court, as well as the computation and imposition of interest on outstanding dues.

The much-neglected telecom sector has come into limelight of late, especially after the October 24 Supreme Court order asking all telecom companies to pay over Rs 92,000 crore to the Department of Telecommunications in penalties in a 14-year-long case. After that all private players have decided to raise tariff for voice call and data from December 1. The government has this week given the companies a two-year relief on sepcturm dues.

“The decision by all three private Indian telecommunication companies to raise tariffs from December 2019 and a two-year moratorium on payment of spectrum dues are positive for the industry,” said Fitch Ratings. “However, these are unlikely to be sufficient to offset the impact of Supreme Court judgement for incumbents Bharti Airtel and Vodafone Idea,” Fitch Ratings said.

Reliance Jio, a subsidiary of Reliance Industries is not affected by the ruling and is likely to continue to gain revenue market share, which will support RIL's deleveraging plans, said Fitch Ratings, which has a negative outlook on the sector for 2020 primarily due to heightened financial risk associated with the large unpaid AGR-related dues.

“On 20 November 2019, the government announced plans to suspend payment of deferred spectrum dues for two years, which will ease cash flow pressure on all three telcos. Vodafone Idea and Bharti will benefit the most as their negative free cash flow will reduce by $1.7 billion and $850 million a year, respectively, for the financial year ending March 2021 (FY21) and FY22,” Fitch Ratings said.

Despite the tariff hike, Fitch still believes it will take negative rating action on Bharti if it pays the AGR dues within three months and funds the payments entirely by debt. “We will resolve the Rating Watch Negative on Bharti's ratings once we have greater clarity on the timing and financial impact of the regulatory dues and any remedial measures,” the rating agency said.

“We expect Vodafone Idea to continue to struggle to improve its Ebitda amid fierce competition, limited financial flexibility to invest and a shrinking subscriber base. Vodafone Idea disclosed that it had to reclassify some long-term debt to current debt as it failed to meet certain financial covenants in bank loan documents, and it is in discussion with the lenders to request waivers,” Fitch Ratings said.

Jio continued to report solid financial performance with 2QFY20 revenue rising by 6 per cent quarter on quarter and Ebitda up by 10 per cent. It gained about 24 million customers during the quarter to reach a total subscriber base of 355 million, ahead of Vodafone Idea's 311 million and Bharti's 279 million.

Average revenue per user (ARPU) per month is unsustainably low in Indian at about Rs 120 ($1.7)— one of the cheapest in the world.

“Assuming a 10 per cent tariff hike, we estimate the revenues of Bharti and Vodafone Idea to each increase by $400 million-500 million, while Ebitda would grow by $200 million-250 million. Jio is likely to benefit more from the tariff hikes as it is rapidly gaining market share, and is on its way to achieve at least 400 million subscribers and around 40 per cent of industry revenue by second half of  FY20,” Fitch said.

A report by brokerage house Motilal Oswal said, “Ballooning debt remains a key concern for all telecom companies and the AGR penalty is an addition to its woes. Vodafone Idea has net debt of over Rs 1 trillion and limited cash to service operations. Bharti has reduced its net debt significantly in the last three-four quarters, but the AGR penalty may bring the company back to the same position or compel it to raise equity again. Reliance Jio has reduced its debt by nearly three fourth to about Rs 600 billion through the reorganization of capital structure and creation of InvIT.”