Recently, there have been widespread incidents of electric scooters catching fire forcing manufacturers to recall their vehicles 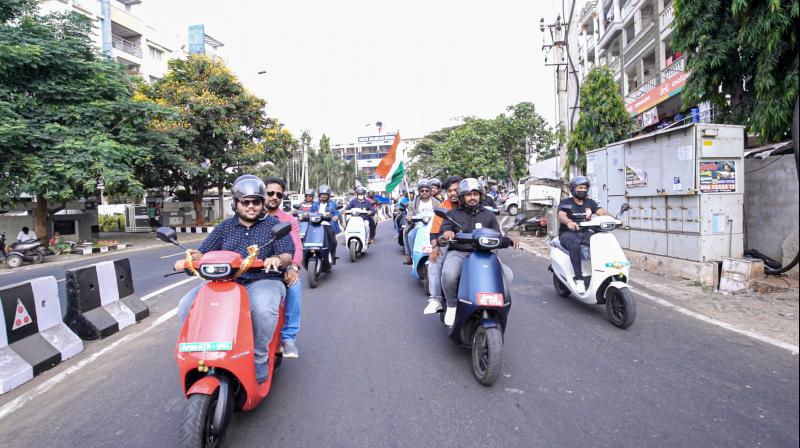 New Delhi: Ola Electric is recalling 1,441 units of its electric two-wheelers in the wake of incidents of vehicles catching fire, according to a company statement.

The company said its investigation into the fire incident on March 26, in Pune, is ongoing and preliminary assessment found that it was an isolated one.

However, it said, "As a pre-emptive measure we will be conducting a detailed diagnostic and health check of the scooters in that specific batch and therefore are issuing a voluntary recall of 1,441 vehicles."

Ola Electric further said, "These scooters will be inspected by our service engineers and will go through a thorough diagnostics across all battery systems, thermal systems as well as the safety systems."

Ola Electric said its battery systems already complies with and is tested for AIS 156, the latest proposed standard for India, in addition to being compliant with the European standard ECE 136.

Recently, there have been widespread incidents of electric two-wheelers catching fire in various parts of the country forcing manufacturers to recall their vehicles.

Okinawa Autotech had recalled over 3,000 units, while PureEV did a similar exercise for around 2,000 units.

The fire incidents had prompted the government to form a panel to examine and had warned companies of penalties if they were found to be negligent.