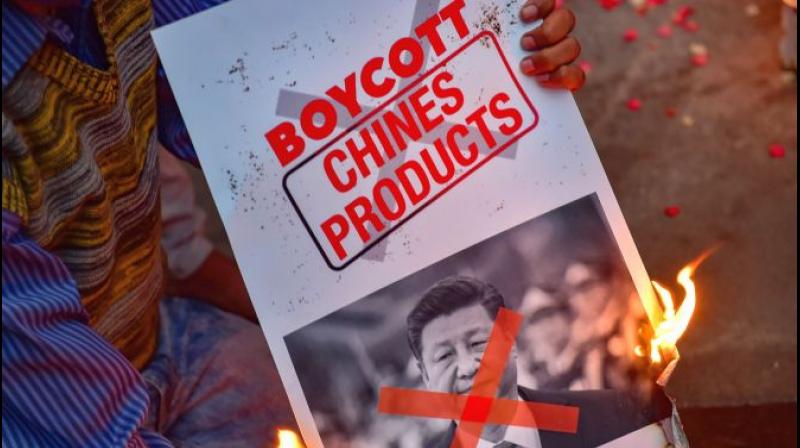 The traders' body in the letter to Ambani said "at a time when China's army in the most clandestine manner has committed a barbaric attack on the Indian army at Ladakh border resulting into the brutal killing of 20 brave sons of the country, the heart of every Indian is filled with deep anguish, resentment and abhorrence against the atrocities of the Chinese and their persistent attitude of antagonism towards India".

It said the there is a firm resolve among Indians to hit back at China not only militarily but also economically.

"You and your organisation has always stood firmly in solidarity and support of the nation and this could be a great opportunity for you to show that nothing comes before nation and your support and initiative will surely encourage other Industrialists of the country to follow you in order to make India a self-dependent Bharat," CAIT said to Ambani.

The trader's body expressed hope that Ambani would give a clarion call to promote Indian goods.

"Your positive decision could be a big boost for the campaign and a great service to the Soldiers who have laid down their lives for their motherland," CAIT said to Ambani.

CAIT Secretary General Praveen Khandelwal said that being a successful entrepreneur and one of the captains of Indian Industry, it has invited the group of Industrialists led by Ambani to join the movement as a valued partner and sought their support, terming it a "game changing initiative that has the potential to reshape India's journey as a global superpower by reducing China's dominance".

CAIT has decided to boycott Chinese Goods in a phased manner and for the first phase it has earmarked "finished goods" from an identified list of about 450 broad categories of products which nearly has more than 3,000 products and those products are already been manufactured in India.

In the meantime, it will be pursuing the government to draw a comprehensive strategy to facilitate Indian Industry, small industry, entrepreneurs, startups and others to evolve and manufacture goods in India pertaining to raw material, spare parts and technology driven goods, which are currently being imported from China.