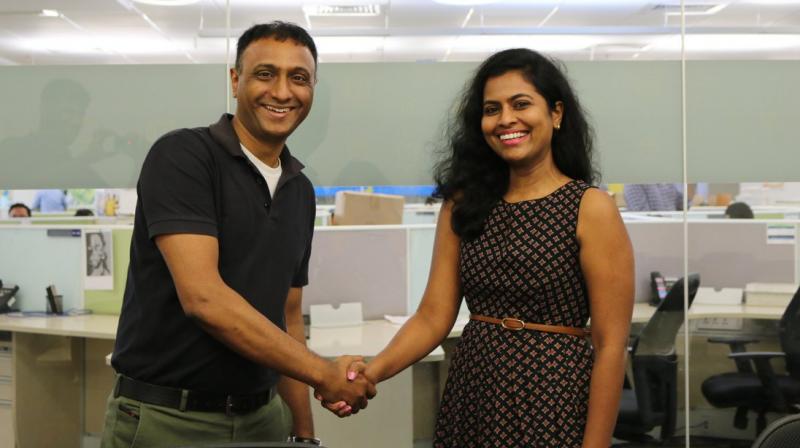 Mumbai: India's largest e-commerce company Flipkart has completed ten years in the strong e-commerce market in India since its inception in 2007. The online shopping giant as part of its ten-year celebrations launched a scheme Big10 under which it gave its employees chance to be CEO for one day.

Under Big10, the company held competitions across India and selected the 'CEO of the Day' from among its employees.

Flipkart employees that participated in the context to spearhead the company for one day were required to write a statement giving reason as to why they wanted to steer the company from the 'corner office'.

According to a report on moneycontrol.com, Bengaluru-based Padmini Pagadala, associate director, design at Flipkart, defeated her colleague Flipsters to occupy the 'steering' job at Flipkart.

Flipkart CEO Kalyan Krishnamurthy confirmed the celebrations in a tweet and posted a picture of the new chief executive for one day. "Excited to hand over the reins of @Flipkart to #CEOForADay, Padmini Pagadala! #FlipkartBIG10 #Talent @FlipkartStories @WorkAtFlipkart," Krishnamurthy said in the tweet.

Compnay says Pagadala successfully designed over 17 fulfilment centres and 20 transport centres for Flipkart. “When I go to any of these FCs, I cannot help but think that it was once a tiny AutoCAD file on my computer,” moneycontrol.com quoted her as saying.