After two years of dampened sales, this summer has turned really hot for the AC manufacturers 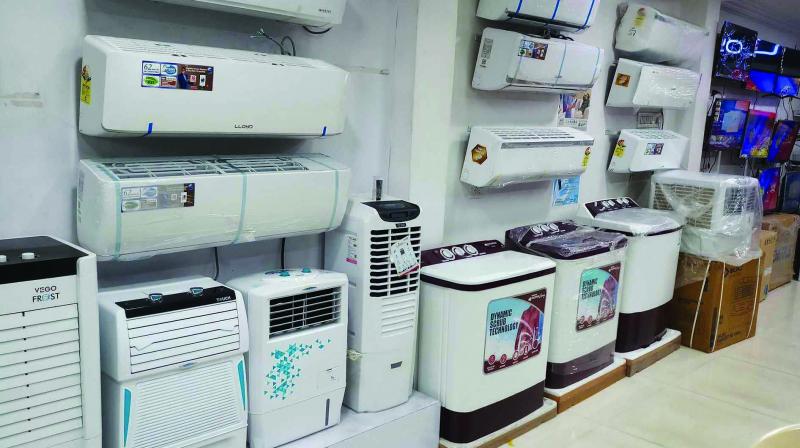 Though online sales account for a small percentage of overall sales, Flipkart too has witnessed heavy incremental sales this time. — Representational image/DC

Chennai:Air Conditioner (AC) sales are set to touch their highest-ever volumes this year with the industry expecting to sell 85 to 90 lakh units. The summer sales have buoyed the sentiments in the market.

After two years of dampened sales, this summer has turned really hot for the AC manufacturers. With the summer setting in much earlier than usual, the sales of ACs and other cooling equipment are seeing high demand.

“The demand is extremely good even if we compare it with 2019. It could probably be the highest demand ever. We are seeing good sales for all cooling products and it is not limited to metro cities,” said Eric Braganza, the president of Consumer Electronics and Applia-nces Manufacturers Asso-ciation (CEAMA).

Though online sales account for a small percentage of overall sales, Flipkart too has witnessed heavy incremental sales this time.

“From ACs to refrigerators and coolers to fans, there has been a significant uptick in the demand for all kinds of cooling appliances. This comes on the back of March this year being the hottest in 122 years since the India meteorological department (IMD) started maintaining records and customers spending more time indoors,” said Flipkart.

According to the company, there has been a 25 per cent jump in March as against the same period last year.  New Delhi and Hyderabad are the top cities leading the demand, followed by Chennai, Kolkata and Ahmedabad.

“The consistent rise in temperature over the last few years coupled with the extended stay at home is driving the demand for cooling appliances, especially the ones offering flexibility in cooling and storage,” said Hari G Kumar, vice-president, large appliances, Flipkart.

With respect to refrigerators, the demand has grown by 3X in the past three months. Independent chest freezers too clocked a 6X spike in demand in the last three  months.