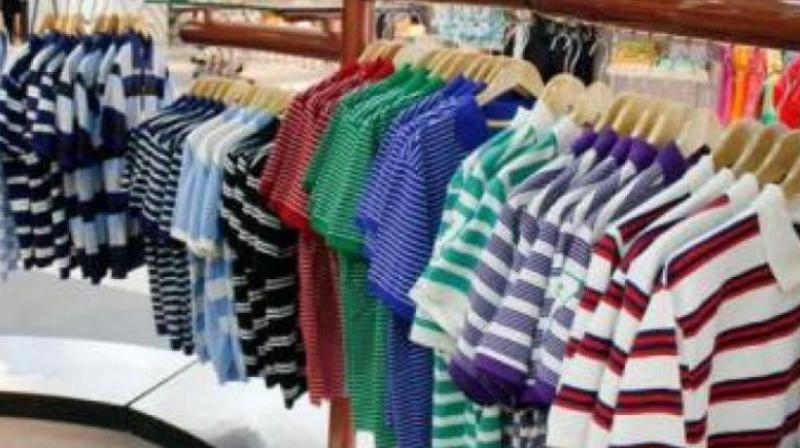 Ready made garments' exports dipped by about 40 per cent to USD 829.44 million in October.

New Delhi: The government has doubled the rates for incentives under an export promotion scheme to 4 per cent for readymade garments and made-ups to boost shipments of the sector, the commerce ministry on Friday said.

It said the measure will incentivise the exports of labour intensive sectors of readymade garments and made-ups and contribute to employment generation.

The rate of incentives are increased from 2 per cent to 4 per cent under Merchandise Exports from India Scheme (MEIS).

The Directorate General of Foreign Trade (DGFT) said rates for incentives under this scheme for two subsectors of textiles industry -- readymade garments and made-ups -- have been enhanced "from two per cent to four per cent of value of exports with effect from November 1 till June 30 next year".

"Increase in the incentives rates would help boost exports of these two segments," he added.

Ready made garments' exports dipped by about 40 per cent to USD 829.44 million in October.