RIL is operator of block with 60 per cent interest while BP of UK has the remaining 30 per cent stake. 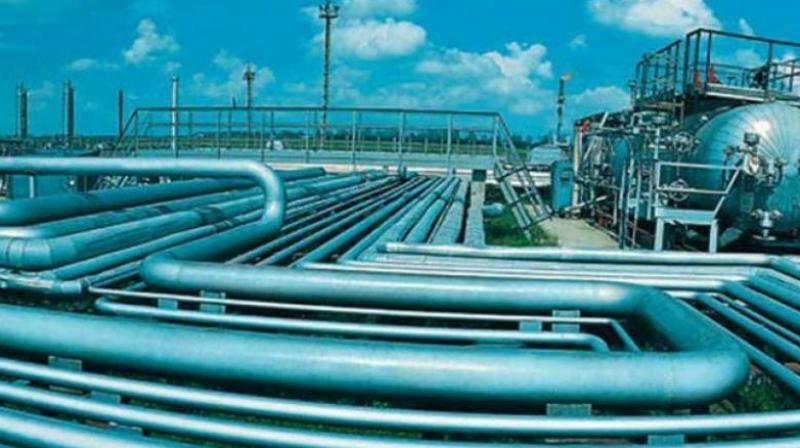 Canadian company has been facing cash problems and had even put up for sale its interest in NEC-25.

"Assignment of Niko's participating interest (10 per cent) to RIL and BP approved by Government of India," RIL said in an analyst presentation on third-quarter earnings.

Niko had in mid-2015 chosen to withdraw from the NEC-25 block and relinquish its interest to the remaining stakeholders. RIL is the operator of the block with 60 per cent interest while BP of the UK has the remaining 30 per cent stake.

The 10 per cent stake has been split between RIL and BP in proportion to their equity stake. Gas discoveries in North-East Coast block NEC-0SN-97/1 (NEC-25) hold recoverable reserves of 1.032 trillion cubic feet.

The Canadian company has been facing cash problems and had even put up for sale its interest in NEC-25 as well as 10 per cent stake in RIL's Krishna Godavari basin oil and gas producing block KG-DWN-98/3 or KG-D6.

It could not find a buyer though. Last year, RIL had stated that the block oversight panel, called Management Committee (MC), has reviewed the declaration of commerciality (DoC) of gas find D-32 in the block.

MC is headed by upstream regulator, the Directorate General of Hydrocarbons (DGH), which had previously refused to give formal recognition to the D-32 and D-40 discoveries in the block due to absence of its mandated confirmatory tests.

The DGH had also previously not approved a USD 3.5 billion plan for developing gas discoveries in block NEC-25 in the absence of its prescribed Drill Stem Test (DST) to confirm two of the finds. Thereafter, the partners decided to go for the DST test on one of the finds and relinquish or give up the other.

The presentation did not say if the partner have submitted a revised field development plan (FDP). RIL in March 2013 had submitted a USD 3.5 billion Integrated Field Development Plan for producing 10 million standard cubic metres per day of gas from the discoveries D- 32, D-40, D-9 and D-10 in NEC-25 by mid-2019.

The DGH, the nodal technical arm of the oil ministry, however refused to bring the development plan to the Management Committee for approval, disputing commerciality of D-32 and D-40 in the absence of Drill Stem Tests (DSTs).

RIL-BP-Niko decided to relinquish D-40 and conduct DST on D-32. According to RIL, D-32 and D-40 hold an in-place reserve of up to 663 billion cubic feet capable of producing 170 million standard cubic feet per day.

RIL has so far made eight gas discoveries in the block. MC reviewing the commerciality of D-32 paved the way for re-submission of the field development plan (FDP) and its consideration by the committee, sources said.