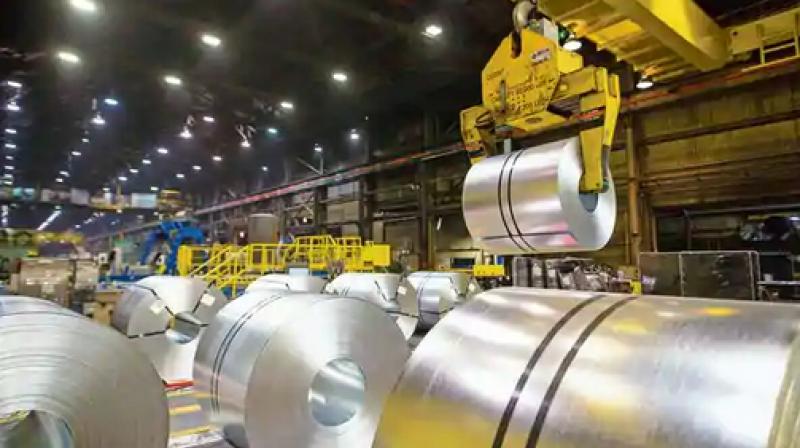 Tata Steel, which owns the UK's largest steelworks in Port Talbot in Wales, is holding discussions with the Welsh government as well as the UK Treasury as it seeks the GBP 50-million cap set on loans being offered under the UK's Coronavirus Large Business Interruption Loan Scheme (CLBILS) to be lifted.

"We continue to have ongoing discussions with Tata Steel about what support it needs to sustain a strong steel making presence in the UK and in Wales," a Welsh government spokesperson said.

"We continue to work with both the UK and Welsh governments to identify what support is available," a company statement said.

According to Sky News', the support sought is largely understood to comprise a commercial loan that would be repayable when demand for steel recovers.

The GBP 500-million figure is said to be a "ballpark" estimate of the company's funding need.

"The GBP 50 million cap on loans that are now available under the government support scheme is only about 10 per cent of what Tata Steel actually needs," said Opposition Labour MP Stephen Kinnock, whose constituents make up much of the steel workforce in Port Talbot.

"Tata Steel estimates that it will take around six months to get back to business as usual, or as close as possible to it and the challenge they have is cashflow over that six month period. And the estimation is in the region of GBP 500 million," said Kinnock, who had also raised the issue in the House of Commons earlier this week.

Responding to him, First Secretary of State Dominic Raab, who is standing in for British Prime Minister Boris Johnson while he recuperates, said that UK Chancellor Rishi Sunak is looking carefully at the steel sector.

All those who are not directly benefiting from this particular scheme [CLBILS] to ensure that in the round we are providing the measures that we need in a targeted way to support all the different crucial elements of the economy," Raab said.