The others who have been selected are Deutsche Equities, SBI Capital Markets and ICICI Securities, sources said. 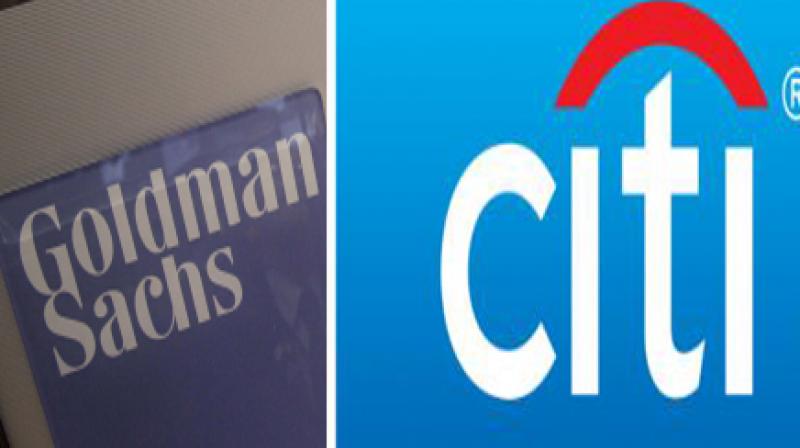 New Delhi: The government has selected five merchant bankers, including Goldman Sachs and Citigroup, to manage the government's 3 per cent stake sale in IOC which could fetch about Rs 6,000 crore to the exchequer.

The other bankers who have been selected by the Department of Investment and Public Asset Management (DIPAM) for managing the stake sale are Deutsche Equities, SBI Capital Markets and ICICI Securities, sources said.

As many as 10 merchant bankers had made presentations before the DIPAM yesterday, out of which five were selected. Other merchant bankers who were vying for the job include Axis Capital, Kotak Investment, Nomura Financial, Edelweiss Financial and IDFC Bank.

Government currently holds 58.28 per cent stake in Indian Oil Corporation (IOC). It plans to sell 3 per cent stake in the nation's largest oil retailer through an offer for sale. Shares of IOC were trading at Rs 419.05, down 4.65 per cent in morning trade on the BSE.

At the current market price, a 3 per cent share sale would fetch the exchequer about Rs 6,000 crore. The timing of the IOC share sale has not been decided as yet and a final call will be taken after taking into account market conditions, sources said.

The government had last sold 10 per cent stake in IOC at Rs 387 per share in August 2015 and raised Rs 9,369 crore. IOC reported an 85 per cent jump in January-March quarter net profit at Rs 3,720.62 crore on higher refining margin and inventory gains.