Chandra appointed to Indian Hotels board

Popularly known as 'Chandra', the 54-year-old will take charge at the helm of USD 103-billion Tata Sons. 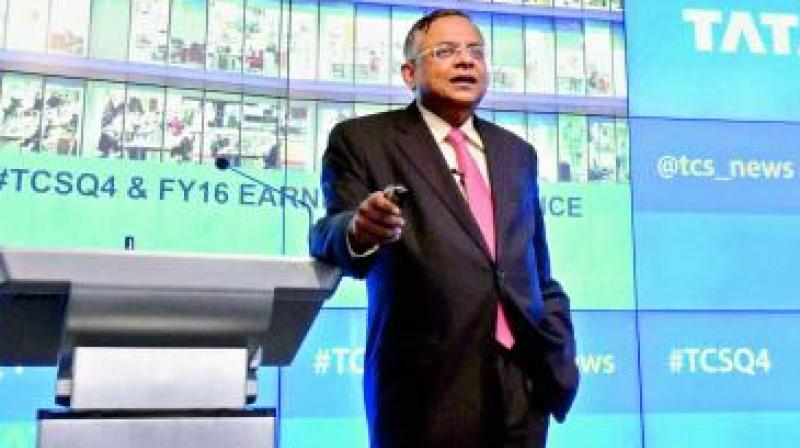 On January 12, TCS chief Chandrasekaran was named the new Chairman of Tata Sons.

"The board of directors of the company has appointed Natarajan Chandrasekaran as an additional director of the company in a non-executive capacity with immediate effect," Indian Hotels said in a BSE filing.

On January 12, TCS chief Chandrasekaran was named the new Chairman of Tata Sons, capping two months of the most bitter boardroom battle in the corporate history that followed the unceremonious sacking of Cyrus Mistry and a lot of blood letting ever since.

Popularly known as 'Chandra', the 54-year-old will take charge at the helm of USD 103-billion Tata Sons, the holding company of the salt-to-software conglomerate, from February 21.

He will be the first non-Parsi chairman of the 150-year old Tata group. Subsequently, on January 17, Tata Motors announced Chandrasekaran's appointment as its Chairman with immediate effect.

Indian Hotels Company (IHCL) and its subsidiaries are collectively known as the Taj group running a chain of hospitality properties. It is one of the Tata group companies which ousted chairman Mistry who in his letter to Tata Sons board members flagged 'legacy hotspots'.

According to Mistry, beyond flawed international strategy, IHCL had acquired the Searock property at a highly-inflated price and housed it in an off-balance sheet structure.

"In the process of unraveling this legacy, IHCL has had to write down nearly its entire net worth over the past three years. This impairs its ability to pay dividends," he said in the letter a day after he was sacked as chairman of Tata Sons on October 24, 2016.