The car was inducted not for high-speed chases but for wooing more number of tourists to rich UAE city. 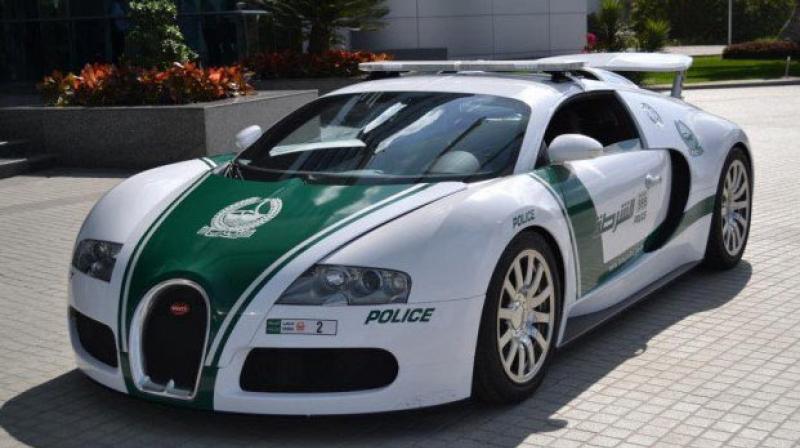 Mumbai: Dubai is home to world's tallest building Burj Khalifa is a known fact. The city in the United Arab Emirates that is famous for luxury shopping recently added another feather to its cap: world's second fastest car in its police patrol fleet.

With the induction of Bugatti Veyron, the Dubai police fleet now wears the crown of world's fastest police patrol.

Veyron is not the only high-speed car that the Dubai police has in its patrol. The police patrol enjoys rides in McLaren MP4-12C, Lamborghini Aventador, Ferrari FF, Mercedes SLS AMG, Roush Mustang, Bentley Continental GT, Audi R8 V01 Plus, Nissan GTR and Mercedes SL36 AMG, according to a report in NDTV.

The sports car comes at a princely amount of Rs 10.5 crore and can race up to a top speed of 407 km per hour. The car boats off a 16-cylinder engine that produces 1,000 horsepower and can reach an speed of 0-97 km per hour in just 2.5 seconds, according to the NDTV report.

Dubai police Lt. Saif Sultan Rashed Al Shamsi told Gulf News, "One of the funny stories we have is that a lot of tourists and people here call the Dubai police...on (the emergency number) 999 to ask about these cars. They want to know which location they will be in and how they can find them and take pictures with them."

Though with Veyron's induction into its fleet Dubai police has become fastest patrol, the car falls one rank short of world's fastest car —
Hennessey Venom GT — that attains a top speed of 427 km per hour.