Lupin, Granules recall 9,71,000 bottles of Metformin supplied to US

Hyderabad-based Granules India is recalling over 4.78 lakh bottles of the drug in 750 mg strength 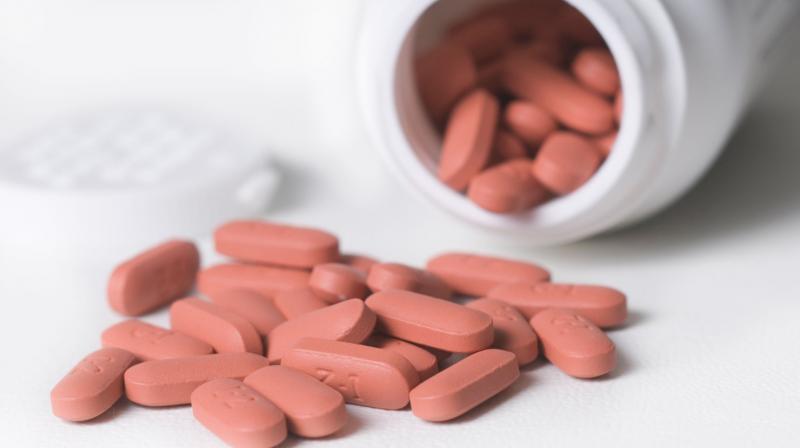 Lupin, Granules India recall around 9.71 lakh bottles of diabetes drug in the US market. (Representative Image)

New Delhi: Drug makers Lupin and Granules India are recalling close to 9.71 lakh bottles of generic diabetes drug in the US due to possibility of the affected lot containing cancer causing nitrosodimethylamine (NDMA) above the acceptable intake limit.

As per the latest Enforcement Report of the US Food and Drug Administration (USFDA), Lupin is recalling 4,92,858 bottles of Metformin Hydrochloride extended-release tablets in 500 mg and 1,000 mg strengths.

On the other hand, Hyderabad-based Granules India is recalling over 4.78 lakh bottles of the drug in 750 mg strength.

As per the USFDA, the companies are recalling the product due to deviation from the current good manufacturing practices (CGMP).

The product has been manufactured at Lupin's USFDA approved Goa-based manufacturing plant, and is being recalled by company's US based subsidiary.

Lupin sells Metformin Hydrochloride extended-release tablets under Gluconorm SR brand in India. The recall in the US will not have an impact in the Indian market as the product sold here is manufactured at a separate facility. There are specific plants that cater to the US market.

Granules India is recalling 4,78,173 bottles of the drug in the strength of 750 mg due to similar reasons.

The company's US-based arm is recalling the affected lots which have been manufactured in India.

It could not be immediately ascertained if Granules India sells Metformin Hydrochloride extended-release tablets in the Indian market.

Metformin Hydrochloride extended-release tablet is a prescription oral medication indicated as an adjunct to diet and exercise to improve blood glucose control in adults with type-2 diabetes mellitus.

Various companies across the globe have announced similar recalls for the product after the USFDA pointed out presence of NDMA above permissible limits.

FDA's testing has shown elevated levels of NDMA in some extended release (ER) metformin formulation, but not in the immediate release (IR) formulation or in the active pharmaceutical ingredient.

NDMA is classified as a probable human carcinogen based on results from laboratory tests. It is a known environmental contaminant and found in water and food, including meats, dairy products and vegetables.