Auto industry drives into 2020 with hope after a forgettable 2019

The industry hopes that the economy would finally come out of the slump, drawing people back to the showrooms. 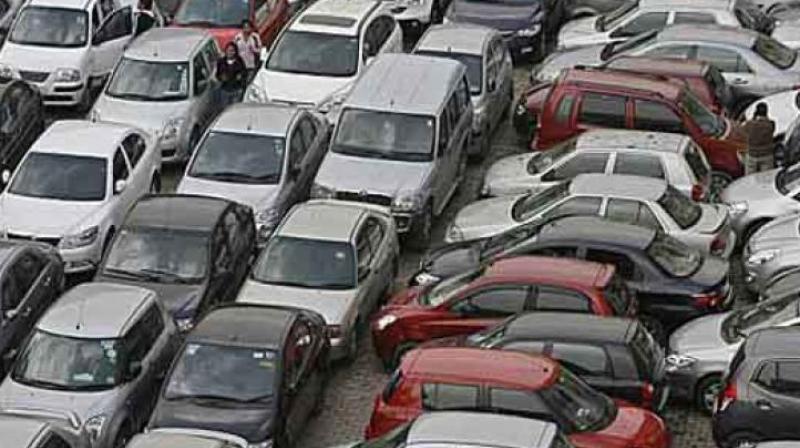 With India's flagship motor show the biennial Auto Expo round the corner, the auto sector is treating the show as the launching pad of revival.

New Delhi: Battered by an unprecedented slowdown, the Indian auto industry is desperately pinning hopes on the next financial year for a turnaround, banking on a host of new and upgraded models slated to make their way to the market.

The industry's hopes are also in line with expectations that the economy would finally come out of the slump, drawing people back to the showrooms. Yet, the challenges of transition to stricter emission norm BS-VI from BS-IV and compliance to new safety norms thereby making vehicles costlier are lurking around the sector.

With India's flagship motor show the biennial Auto Expo round the corner, the auto sector is treating the show as the launching pad of revival, having been through an unprecedented slump, which began from the last festival season and continuing unabated till date.

From two-wheelers to cars and heavy duty trucks, all segments of the sector were in the red. Such has been the impact of slowdown that the industry is expected to close 2019-20 with a decline of 13-17 per cent in wholesale dispatches as compared with last financial year.

The steep drop in sales caused operational hardships for many companies and production plans had to be re-evaluated through the year. The sector, including dealerships and auto components, witnessed around 3.5 lakh people losing jobs due to the downturn.

Despite hard times, all hope is not lost. Industry body Society of Indian Automobile Manufacturers (SIAM) expects things to turnaround in 2020-21.

"2020 will be an interesting year with BS-VI getting implemented and entirely new platforms being available in the market," SIAM President Rajan Wadhera told PTI.

But what gives the industry hope?

"The Indian economy is expected to revive early next year, which along with the low base of last year and availability of newer models should support growth in the auto sector," Wadhera said.

"Implementation of BS-VI norms will mean clearing of all old inventory, building up new inventory and making available new BS-VI compliant vehicles in the market, which will give some upside to the production and sale," Wadhera noted.

However, with vehicle cost going up by 8-10 per cent due to technology ramp up, industry fears that it could further lead volume loss.

"To get respite from this additional cost pressure, SIAM has submitted to the government to lower GST rate for vehicles to 18 per cent from 28 per cent and also introduce an incentive-based scrappage policy for vehicles," Wadhera said.

Both these submissions, if implemented, will surely support quicker recovery for the auto sector, he added.

Wadhera's optimism is shared by India's largest carmaker MD & CEO, Maruti Suzuki India Limited MD & CEO, Kenichi Ayukawa, who is also "hopeful that 2020 will be a better year for us and industry and approach it with optimism".

Yet, Ayukawa has a note of caution.

"On way forward, it is really tough to predict the turnaround but the long term story for Indian automobile industry continues to be promising," he said.

Expressing similar views, Hyundai Motor India MD and CEO S S Kim said,"Probably after the BS-VI implementation, for few months the customer will need time to understand new norms and new situations. So, I would say demand will grow gradually from the second half of the next year."

Honda Cars India President and CEO Gaku Nakanishi said that it appeared that the industry has already hit its bottom this year.

"We are not sure of the speed of recovery yet but the situation will improve in next fiscal. After market adjusts in BS-VI regime, we think that industry will gradually start recovering from next festive season," he noted.

With BS-VI transition being the most immediate challenge, auto manufacturers have put their all as they get ready to be fully compliant by April 1, 2020.

In order to ensure there is no BS-IV stock left after March 31, 2020 automobile companies have already started aligning their productions accordingly.

As for new products set to hit the market in 2020, the upcoming Auto Expo from February 5-12 will give a glimpse.

"The Auto Expo 2020 will be the launching pad for the revival of the auto industry, we feel," Wadhera said, adding the main attractions of the expo would be clean vehicles, keeping in mind the BS-VI norms besides electric, hybrid and connected vehicles.

Tata Motor's Nexon EV and MG Motor's ZS EV are set to hit the roads soon to follow the footsteps of Hyundai's Kona that has already found takers.

In all, over 60 new launches and unveilings of vehicles are expected at the expo where China's Great Wall Motor Company and First Automotive Works (FAW) will make their debut along with MG Motors India.

Holding the flag up for the industry at the motor show would be the likes of Maruti Suzuki, Hyundai, M&M, Tata Motors and Kia along with Skoda and Volkswagen brands, which are making a comeback after skipping the 2018 edition.

However, the slowdown witnessed by the auto sector in the past five successive quarters has had an impact on participation. Notable absentees are Honda, Toyota, Ford, BMW, Audi, Lexus, Volvo and Jaguar Land Rover along two-wheeler majors Hero MotoCorp, Bajaj Auto and TVS Motor Co.

The industry, during the current fiscal, witnessed successful debut of Kia Motors and MG Motor with their initial models hitting the bulls eye.