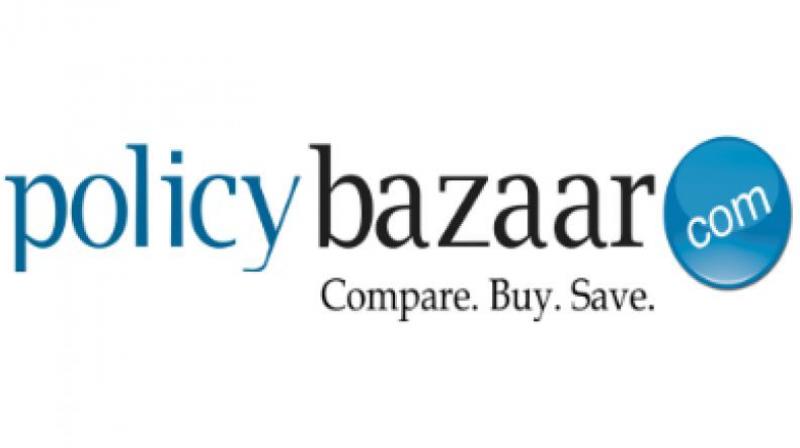 Policybazaar.com provided a sum insured of Rs 2 lakh crore cover to the consumers in CY18 which accounts for nearly 10 per cent of India's retail health business.

Hyderabad: Insurance portal Policybazaar which has recently raised around Rs 1,360 crore through a fresh round of investment, has said it aims to collect Rs 3,500 crore premium by the end of the current fiscal, a senior company official said.

It collected premium of about Rs 1,800 crore in FY18, Head of Communications and spokesperson of Policybazaar.com Group of Companies Aman Dhall told PTI.

"The company is on track to achieve over Rs 3,500 crore premium mark. Our focus would continue to create awareness around protection products that provide coverage against death, disease and disability," he said.

"We believe that protection products will be the driver of future insurance growth. We are confident of reaching 10 million customers by CY20," Dhall added.

According to him, calendar year 2018 ended with a collection of Rs 2,500 crore premium on its platform, emerging as the single largest insurance distributor in India (outside of banks). Overall, Policybazaar.com accounts for 25 per cent of India's life insurance sold online, he added.

On the health insurance side, Policybazaar.com provided a sum insured of Rs 2 lakh crore cover to the consumers in CY18 which accounts for nearly 10 per cent of India's retail health business, he added.

Policybazaar.com became the first internet-based company in India to turn profitable on yearly basis from among the start-ups that have emerged in the last decade in FY17.

It has been profitable in FY17 and FY18 and has hit a new milestone of six million online insurance buyers by the end of CY18, Dhall said.

The 8,000+ headstrong company is valued at little over a USD one billion. From traffic of 180,000 visitors in 2008, PolicyBazaar.com as of now hosts nearly 100 million visitors yearly.