Sebi is probing whether these five brokers were 'fit and proper' to operate in markets. 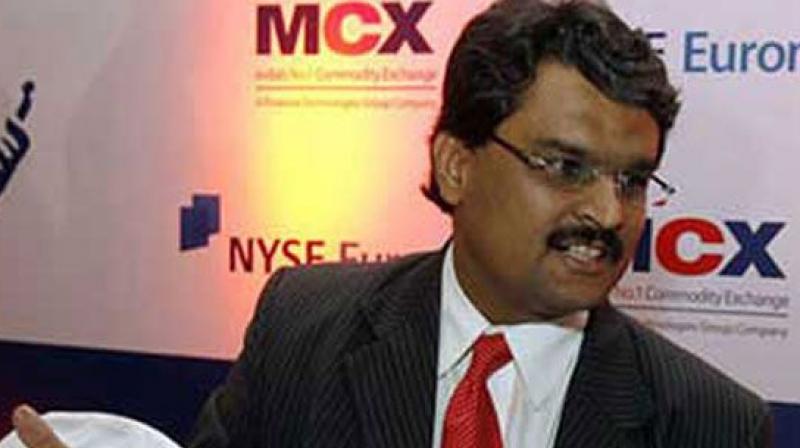 New Delhi: Markets regulator Sebi today said it has issued fresh notices to some brokers for their alleged involvement in the Rs 5,600 crore NSEL scam and a final decision in this regard will "take some months".

The Securities and Exchange Board of India (Sebi) is examining the role of five brokers in this case and is probing whether they are 'fit and proper' to operate in the markets. Multiple agencies including Sebi are probing the irregularities that happened at the now-defunct National Spot Exchange Ltd (NSEL).

NSEL matter has been coordinated with the Finance Ministry, Sebi Chairman Ajay Tyagi told reporters here. "Sebi's part is only about those brokers...they were given a show cause notice by the committee of officers and they have given their reply," he said.

"The procedure is that they will be given show cause notice by a whole time member...That is a natural justice process, thereafter (we will) take a view ... To my knowledge that notice has gone. It will be some months (before) some view will be taken," he added.

Sebi had earlier issued notices to five brokers and forwarded findings of its inspection of the role of these brokers to Mumbai Polices Economic Offence Wing, Department of Revenue, Department of Consumer Affairs, Directorate of Enforcement and RBI for necessary action at their end.

It had also granted the entities concerned an opportunity of inspection of the relevant documents, after which they were asked to submit their replies to the Show Cause Notice issued by Sebi.

Sebi, in its board meeting in February, had apprised its board about the actions taken so far against brokers on the basis of examination of allegation received about their role in the scam.

The nearly Rs 5,600-crore payment crisis at NSEL -- part of Jignesh Shah-led FTIL group -- came to light in late 2013. NSEL was incorporated as a company, with FTIL holding 99.98 per cent stake, for operating a commodities spot exchange platform. It had obtained licences under APMC Acts of various state governments to run spot exchange activities.