Adani says to start Australian coal mine with own funds

Project relies on a A$900 million concessional loan to help Adani build a rail line linking the mine with a shipping port. 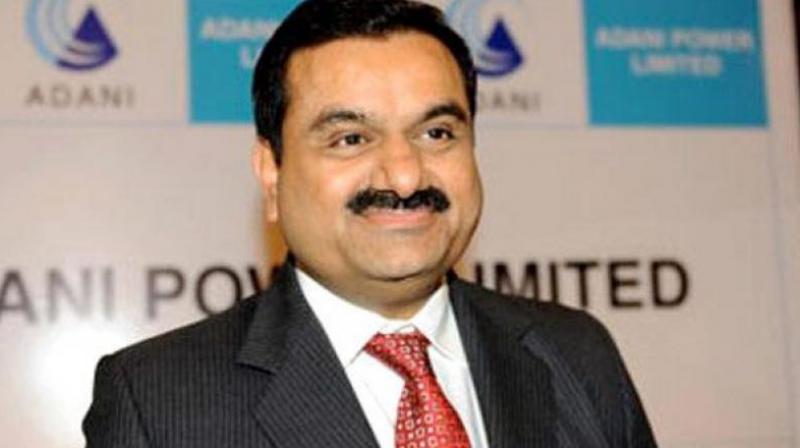 Sydney: India’s Adani Enterprises said on Monday it will start work in October on its Carmichael coal project in Australia using A$400 million ($317 million) of its own funds, even as it looks to lock in financing for the controversial mine.

Adani, which has said previously it needed to borrow under A$2 billion to get the project off the ground, will target first shipments from March 2020 for the first stage of the project which has been trimmed back to a cost of A$4 billion.

Analysts have raised doubts about whether Adani can fund what would be Australia’s biggest coal mine given opposition from green groups and a global backlash to investment in fossil fuels, while Adani insists the project will proceed.

“The critical path still involves financing the mine ... there hasn’t been resolution to that yet,” said CLSA mining analyst Andrew Driscoll.

“We will use A$400 million in equity funding from the parent company to begin this phase of the project,” Adani Australia spokesman Ron Watson told Reuters.

He said discussions over the remaining funding with international lenders were well advanced, but declined to give details.

Adani had originally planned to develop the mine, rail and port infrastructure at a cost of A$16.5 billion, before last year downsizing the first stage and trimming the cost.

“What we’ve said today is further demonstration that we are on track with this project,” Watson said.

Shares in Adani, which fell sharply earlier this month, jumped 6.5 per cent in early trade.

Carmichael has been delayed for years by court challenges from environmentalists and indigenous groups concerned about climate change, and the impact on native land and water supply, but those challenges have been rejected.

Additionally, banks including Deutsche Bank and Commonwealth Bank of Australia have publicly said they will not provide funding.

Adani, which uses coal to generate electricity for its power business in India, is trying to line up funding for the project by March 2018.

The mine’s location 400 kms (250 miles) from a Pacific Ocean shipping terminal means the challenge of financing infrastructure costs has been at the forefront of debate over the project’s economic viability.

Adani said accommodation at the Carmichael camp reopened last week, setting the company on course to start work on the mine and rail project.

It said 16 rooms at the camp are already open and a further 245 rooms would be available by early September, along with other facilities, project offices, utilities and communications.

"Engaging with regional contractors has enabled us to be flexible and quick to get some of our construction infrastructure already operational," Adani Australia chief executive Jeyakumar Janakaraj said in a statement.

The project relies on a A$900 million concessional loan to help Adani build a rail line linking the mine with a shipping port. The government is assessing whether to give Adani the loan through its Northern Australia Infrastructure Facility program aimed at encouraging economic development in rural regions.