He also said the long-term effects of the GST will be highly beneficial for the economy but it may have initial negative effects. 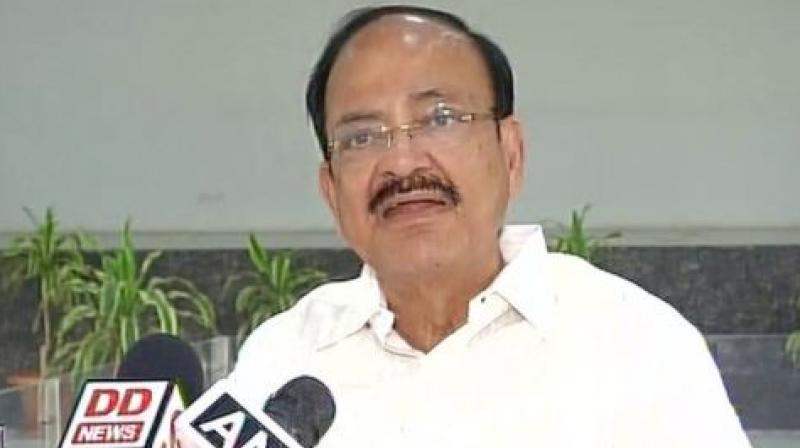 "The long-term effects of the GST will be highly beneficial for the country's economy but it may have initial, short-term negative effects on, inflation and the GDP," Naidu said at a press conference here.

Requesting people not to panic about the effects of GST, he asked them to be prepared for it. "Except for tax evaders, no one needs to panic about GST. I want to ask people to suffer its initial effects along with us for long-term gains and benefits," he said.

The concept of a unified tax regime in the form of GST came into being during Atal Bihari Vajpayee's government and it was being brought into force after consistent hard work of 16 long years, he said.

Advising political parties not to politicise the issue, he said they should comment on it only after careful thinking.

Speaking on Dehradun's inclusion in the list of cities where the Smart City project is to be implemented, he said no city could become a Smart City overnight.

It is a long-term project which requires a minimum of five to ten years to implement, the Union minister said. He said only those cities would get more funds now which reform, perform and transform. "Surat in Gujarat got Rs 600 crore because a number of reforms were carried out there including construction of a Ring Road. Similarly, revenue of Hyderabad rose from Rs 765 crore to Rs 1,035 crore as GIS mapping was done there," he said, adding all towns and cities should reform in the same way.

The Centre has a budgetary allocation of Rs 10,000 crore for urban reform, he said. The concept of credit rating has been introduced to promote urban reforms.