Facebook also formed a Geneva-based association to govern the new coin and hold the reserves, alongside several major partners. 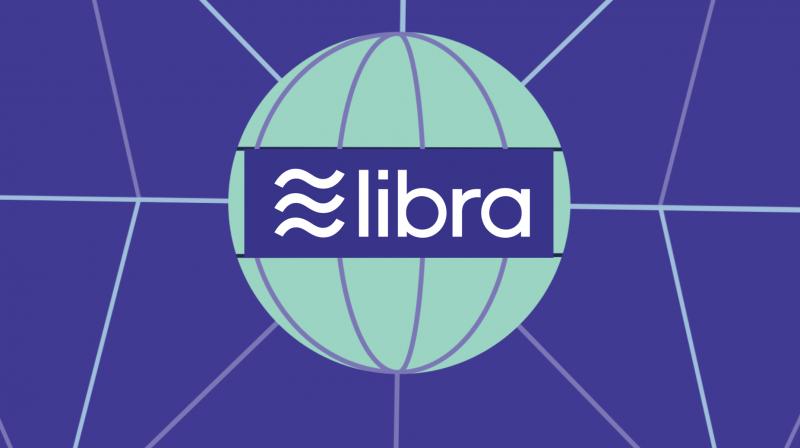 RBC analysts described Libra as a ‘potential watershed moment’ for Facebook in terms of revenue and user engagement.

Since Facebook unveiled its cryptocurrency, called Libra, 10 days ago, Reuters has spoken with more than a dozen people with experience in financial regulation, financial technology, payments or cryptocurrency. Few expected government agencies to proceed lightly.

The company’s announcement was met with immediate backlash from US lawmakers and regulators across the globe, who are concerned that Facebook is already too massive and careless with users’ privacy.

Randal Quarles, chair of the Financial Stability Board, which coordinates financial rules for G20 countries, warned this week that wider use of crypto-assets for retail payments needs close global scrutiny by regulators. Cryptocurrencies such as bitcoin remain one of the least-regulated areas of finance.

“It’s a complete disaster from a regulatory perspective,” said Barry Lynn, executive director of antitrust advocacy group the Open Markets Institute. “This is a corporation that’s got fires all over the world with regulators. It’s only going to get worse.”

The plan for Libra involves taking customer deposits, investing them in government bonds, holding traditional currencies in reserves and offering cross-border services and transacting in the new coin will require engagement with central banks, financial regulators and enforcement authorities around the globe.

The Facebook subsidiary formed to handle Libra transactions, called Calibra, has applied for money-transfer licenses in the United States and registered with the US Financial Crimes and Enforcement Network (FinCEN) as a money services business, a spokesman said.

It has also applied for the license required to operate a cryptocurrency business in New York from the state’s Department of Financial Services, a person familiar with the matter said. Representatives of Britain’s Financial Conduct Authority, the Bank of England, and Switzerland’s financial regulator FINMA have also said Facebook has been in touch.

“The scrutiny that we’ve seen is something that we expected and welcome,” a Facebook spokesman said. “We announced this early by design in order to have this discourse in the open and gather feedback.”

Reserves would be subject to monetary policies of countries where funds are located, the spokesman said. Calibra does not plan to apply for local banking licenses, he added.

Facebook also formed a Geneva-based association to govern the new coin and hold the reserves, alongside several major partners.

They plan to launch the whole system in the first half of 2020, and intend to eventually offer a broad suite of financial services, including loans.

“They will not get a free pass anywhere,” said Sean Park, Founder and Chief Investment Officer, at Anthemis, a venture capital firm that backs digital financial services companies. “And, given their intention to be global, they will ultimately need literally hundreds, perhaps thousands, of licenses from hundreds of different regulators across the globe.”

Besides central banks, markets regulators, consumer protection watchdogs, and agencies that tackle money laundering, tax evasion and other financial crimes, Facebook’s payment network might also have to adhere to the Principles for Financial Market Infrastructures that are set by the Bank for International Settlements and the International Organization of Securities Commissions.

There are also the privacy and antitrust regulators around the globe with whom Facebook is already battling.

“Just in terms of new regulators, it’s a whole new ball game,” said Jeff Bandman, a former U.S. Commodities Futures Trading Commission official who now runs the fintech regulatory consultancy Bandman Advisors. “A year is enough time to meet with regulators, figure out where the real trouble spots are and potentially scale it back to something narrower.”

But its a challenge that Facebook appears willing to take, given the potential payoff with its 2.4 billion users, and the prospect of replicating the success of Chinese social networks such as WeChat, which has grown profits by offering financial services on its apps.

RBC analysts described Libra as a “potential watershed moment” for Facebook in terms of revenue and user engagement.

However, the costs could be substantial before income starts rolling in. It will need to set up an internal compliance framework with staffers who screen transactions for illicit activity and verify customer identities.

Money-transfer giant Western Union Co for instance has spent USD 1 billion in compliance over the past five years, a spokesman said.

Western Union is registered with FinCen and regulated under the US Bank Secrecy Act, with licenses in 49 states, plus Washington DC and three US territories. It has licenses in more than 30 countries, and reporting obligations in more than 54.

“I would say the risks are commensurate with the returns – potentially huge,” said Pascal Bouvier, managing partner at MiddleGame Ventures, a financial technology venture capital firm.