NTPC posts 12 per cent rise in Q1 profit after tax

NTPC also said its board has approved raising up to Rs 15,000 crore through non convertible debentures. 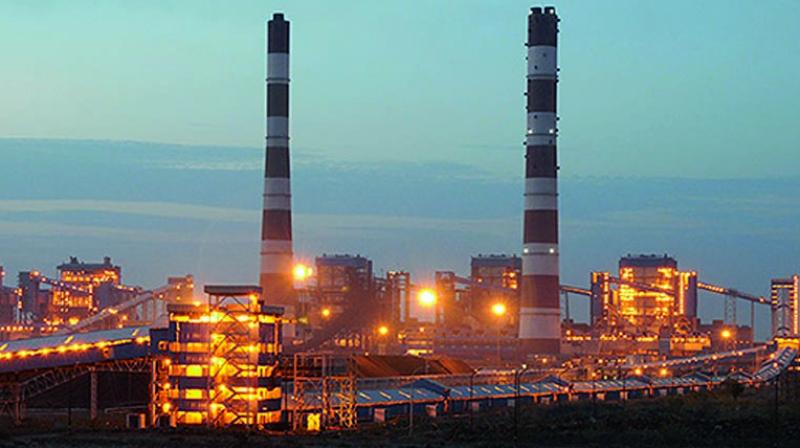 State-run NTPC on Saturday posted a 12 per cent rise in standalone profit after tax at Rs 2,618 crore for the quarter ended June 30, 2017.

New Delhi:  State-run NTPC on Saturday posted a 12 per cent rise in standalone profit after tax at Rs 2,618 crore for the quarter ended June 30, 2017 on the back of higher revenues.

The company's standalone profit after tax from continuing operations in the year-ago period was Rs 2,338.6 crore, NTPC said in a filing to BSE.

NTPC's total revenue increased to Rs 20,541.9 crore, over Rs 19,220.8 crore in the corresponding quarter of the previous fiscal.

However, the company's standalone total expenses increased to Rs 17,304.8 crore, over Rs 16,187 crore in the year-ago period.

The company's profit before tax during the April-June quarter increased to Rs 3,465 crore as against Rs 3,036.8 crore in the corresponding quarter of FY17, the statement said.

The country’s largest power generator, NTPC Ltd, said that it has installed capacity of 51,671 MW.

The company said in a separate filing to the BSE that its board during a meeting held today approved raising up to Rs 15,000 crore via non convertible debentures.

"The board...approved the issue of secured/unsecured, redeemable, taxable/tax-free, cumulative/ non-cumulative, non-convertible debentures (bonds/NCDs) up to Rs 15,000 crore during the period commencing from the date of passing of special Resolution in the ensuing Annual General Meeting till completion of one year thereof or the date of next Annual General Meeting in the financial year 2018-19 whichever is earlier," it said.