Ambani said the deal will help cut the company's overall debt to Rs 7,500 crore from the earlier Rs 22,000 crore. 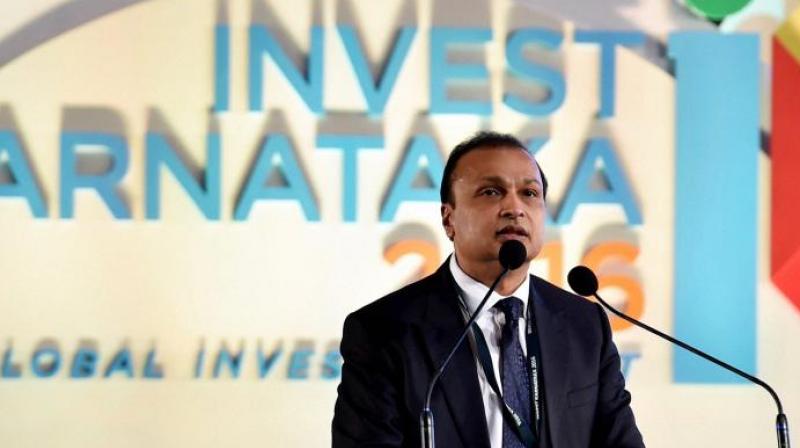 Reliance Infrastructure (RInfra) on Wednesday said it has completed the Rs 18,800-crore deal for sale of its Mumbai energy business to Adani Transmission, which will help it pare debt by two-thirds to Rs 7,500 crore.

Mumbai: Reliance Infrastructure (RInfra) on Wednesday said it has completed the Rs 18,800-crore deal for sale of its Mumbai energy business to Adani Transmission, which will help it pare debt by two-thirds to Rs 7,500 crore.

Company chairman Anil Ambani announced the culmination of the deal involving the sale of the integrated power business which was struck in December last year. Ambani said the deal will help cut the company's overall debt to Rs 7,500 crore from the earlier Rs 22,000 crore and also added that it is planning to be a zero debt company by next year.

The company had called a board meet on Wednesday to approve the transfer of Mumbai power business to Adani Transmission, after receiving the regulatory approvals. In the past eight months, the deal has received go-aheads from fair trade regulator Competition Commission of India (CCI), shareholders of the company and Maharashtra Electricity Regulatory Commission (MERC) for the sale.

Last week, Reliance Infrastructure had defaulted on payment of redemption of non-convertible debentures (NCDs) amounting to Rs 133.38 crore. The company had, however, said it expects to make these payments in the next few days from the proceeds from of Mumbai power business to Adani Transmission. "All lenders have provided their no objection certificates (NOCs), and the company expects to close the transaction within the next few days," it had said.

The two companies had signed the pact for 100 per cent stake sale of R-Infra's integrated business of generation, transmission and distribution of power for Mumbai in December 2017.

The company had claimed that the Reliance Infrastructure Mumbai Power business (known as Reliance Energy) is India's largest private sector integrated power utility distributing power to nearly three million residential, industrial and commercial consumers in the suburbs of Mumbai, covering an area of 400 sq km. It caters to a peak demand of over 1,800 MW, with annual revenues of Rs 7,500 crore with stable cash flows.

The company had earlier said that going forward, it will focus on upcoming opportunities in asset light EPC (engineering, procurement and construction) and defence businesses.

The RInfra scrip gained 3.75 per cent to close at Rs 438.80 a piece on the BSE today, against a 0.45 per cent correction in the benchmark. Ambani today also said that work on the Rs 6,994-crore Bandra Versova sealink will start from October 1. RInfra has tied up with Italy's Astaldi to build the 10-km sealink in the western suburbs of the financial capital.