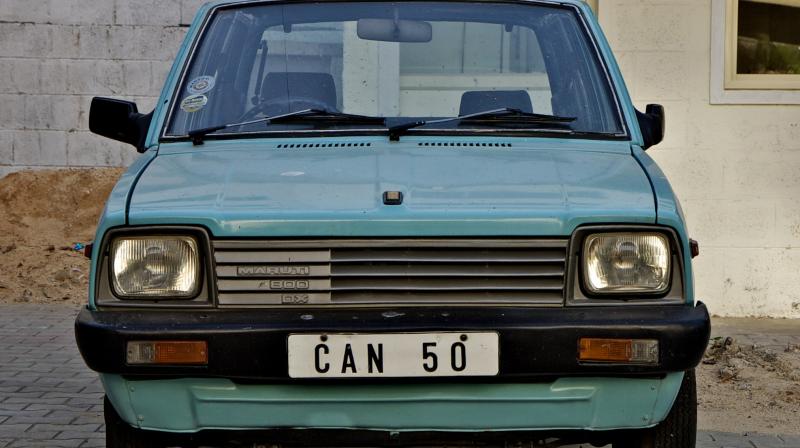 Production of Maruti 800 new units was stopped due to stricter BS rules.

Mumbai: The Supreme Court order slapping a ban on Bharat Stage III vehicles comes as a big blow to automobile companies as they are sitting on a huge inventory of vehicles worth Rs 12,000 crore.

All these automobile companies are now considering other options like export and discounted prices to dispose off their vehicles before March 31, the deadline the apex court has set for taking these vehicles completely off roads.

Here are some key facts that you should know: What does these fuel emission norms represent? Who formulates and amends them? And, how these rules are implemented.

1)    Bharat Stage fuel emission norms were started by government to keep a check on level of air pollution caused by ‘combustion engine’ especially in motor vehicles. The Central Pollution Control Board closely monitors pollution level and sets measures to control them.

3) These fuel emission norms were formulated on the lines of fuel emission standards presently in practice in Europe where norms like Euro 4 or Euro 6 ban use of ‘obsolete’ vehicles. These rules were first put into effect in the year 2000 in India and since then the extent of restrictions have gone up in the form of BS II, BS III and BS IV norms.

3) The government enforced BS III fuel emission norms in October 2010 across 13 cities and BS IV norms were imposed in April 2010.

5) The rules that became stricter in nature at every stage of modification removed some important players from auto industry. For instance, Maruti 800 had to stop production of new units under changed and stricter BS rules that made the vehicle 'obsolete'.

6) Removal of two-stroke engines in two-wheelers and introduction of electronic control mechanism were primarily owing to advent of stricter fuel emission norms in India.