Demonetisation – all pain and no gain

RBI in its annual report for 2017-18 said counting the demonetised notes is over. 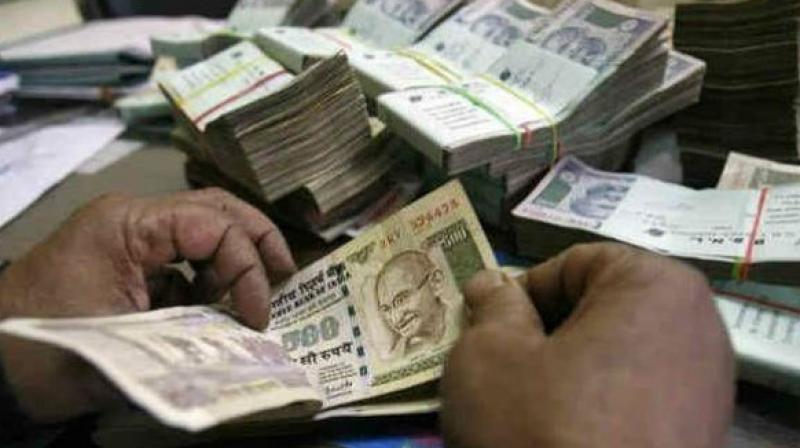 Interestingly, compared with the previous year, there was an increase of 35 per cent in counterfeit notes detected in the denomination of Rs 100.

Mumbai: Tax evaders managed to legalise their ill-gotten gains? At least this is what the numbers make us feel as 99.3 per cent of demonetised notes have returned into the system revealed the annual report of 2017-18 released by RBI on Wednesday. The numbers have come after almost two years since the demonetisation was announced on November 8, 2016.

RBI in its annual report for 2017-18 said counting the demonetised notes is over. Of the Rs 15.41 lakh crore worth Rs 500 and Rs 1,000 notes in circulation on November 8, 2016, when the demonetisation was announced, notes worth Rs 15.31 lakh core (99.3 per cent) have been returned. The “humungous task of processing and verification of specified bank notes (SBNs) was achieved,” it said. This meant just Rs 10,720 crore of the junked currency did not return to the banking system.

Political parties were quick to corner the BJP-led Narendra Modi government that demonetised high-value currency notes to curb black money. The withdrawal of notes had sparked an acute shortage of cash in India and hit the economic growth. The bad hangover sustained for months as businesses were hit and lakhs of people lost jobs, while 104 people died standing in long queues struggling to get their old currency exchanged or deposited.

Senior Congress leader P Chidambaram slammed the government after the RBI report saying the Indian economy had suffered due to the note ban by way of job loss, closure of industries and the GDP growth. “Indian economy lost 1.5 per cent of GDP in terms of growth. That alone was a loss of Rs 2.25 lakh crore a year. Over 100 lives were lost. 15 crore daily wage earners lost livelihood for several weeks. Thousands of SMEs were shut. Lakhs of jobs were destroyed,” Chidambaram tweeted.

In a series of tweets, the former finance minister also said RBI figure has suggested that the government had actually demonetised only Rs 13,000 crore and the “country paid a huge price” for it. But RBI has said Rs 10,720 crore of the junked currency didn’t return to the banking system.

and some that was lost or destroyed. Remember who had said that Rs 3 lakh crore will not come back and that will be a gain for the government!,” he said.

West Bengal chief minister Mamata Banerjee said her apprehensions about the impact of demonetisation on the Indian economy had been held true by RBI report. “As soon as the draconian demonetisation was announced on November 8, 2016, I immediately sensed by intuition that this is a big anti-people measure. It will severely affect the common people of the country, especially, farmers, unorganised sector, small entrepreneurs and hard-working middle class. Today, RBI in its annual report has vindicated our apprehension,” Banerjee wrote on her Facebook page.

Quoting RBI report, the Trinamool Congress supremo said 99.3 per cent of the demonetised money has come back to the banking system. “My first question now is – where has the black money gone?” she remarked. Raising doubts about the entire demonetisation exercise, Mamata asked if it was a “scheme hatched to allow some black money holders to quietly convert their black money into white”.

The Modi government had listed curbing black money as the primary intention of the move, along with making India a less cash-based economy. But the goal posts kept shifting in the weeks and months since with the government citing several reasons to demonetise high value notes such as to choke terror funding, bribery, increasing tax base and checking counterfeit notes.