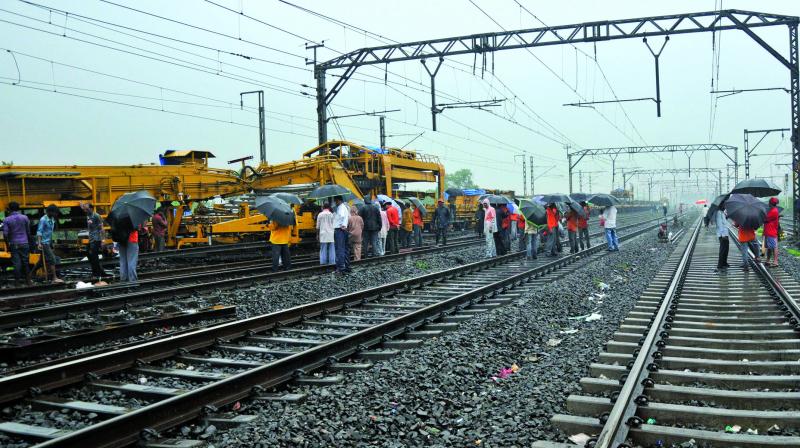 New Delhi: The Indian Railways has chalked out a blueprint to electrify its network over the next ten years that will result in an estimated total savings of Rs 26,400 crore on energy costs, a ministry official said.

The energy bill of the public transporter is around Rs 32,000 crore a year, of which diesel accounts for Rs 16,000- 18,000 crore. With electrification of major rail routes, the ministry estimates annual saving of the tune of Rs 3,300 crore, the official said.

The Railways has set a target of electrifying 24,400 km of routes by 2022 to drastically decrease the use of diesel for reducing energy costs and greenhouse gas emissions.

The target will be announced by Rail Minister Suresh Prabhu on August 4, the ministry official said. Currently, only about 42 per cent of total rail network is electrified.

To fast-track the pace of electrification Railways have joined hands with three PSUs IRCON, RITES and PGCIL.

During the last three years and for 2017-18, a total of 93 railway electrification projects along 16,815 kms have been included in the Budget at an estimated cost of Rs 17,165 crore.