Business   Companies  31 Jul 2017  Read all your favourite newspapers, magazines on one app with 'Paperboy'
Business, Companies

Read all your favourite newspapers, magazines on one app with 'Paperboy'

Paperboy currently lists over 400 newspapers and magazines nationally and is live on the Google Playstore. 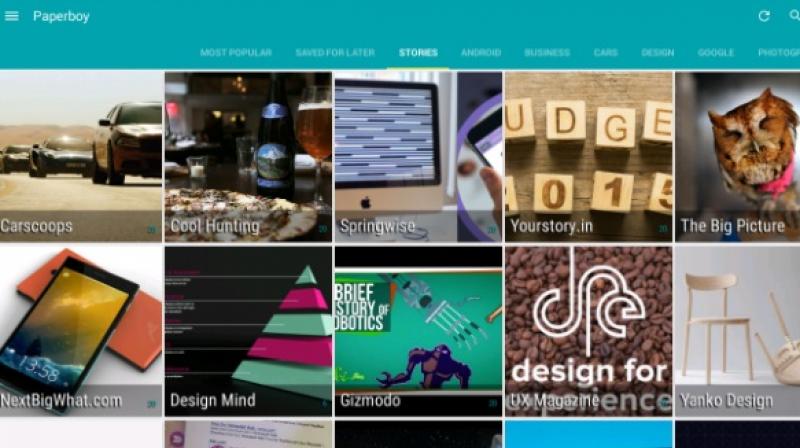 New Delhi: Bangalore based Jonna Venkata Karthik Raja, the 18-year-old Founder of Paperboy is ecstatic as his 15 months of toil has finally come to fruition.

Paperboy is a mobile app that features the widest range of Indian newspapers and magazines that is uploaded on real time on to its platform. Paperboy is a language agnostic platform and will hence feature vernacular publications which is a crucial part of Indian news consumption habits. Paperboy aims to appeal to the global readership base of newspapers and envisions to becoming the ultimate platform to browse, buy and read each one's local news on the go.

Paperboy currently lists over 400 newspapers and magazines nationally and is live on the Google Playstore.

Karthik Raja conceptualised this idea as he was finishing school, when he found that he was missing his daily routine newspaper whenever he was travelling. It wasn't too late before his entrepreneurial instincts kicked in and he went about developing a blue print for the platform. He then went about enlisting the support of his parents who were very encouraging and supportive of his venture.

Originally launched with just two team members, Paperboy has now grown into a team of 50 young, energetic and enterprising individuals. With their primary focus on Tier II and III cities, which represents almost 31.16 percent of India's population, Paperboy has already aggregated the widest variety of regional newspapers on their platform.

"I conceptualised Paperboy as I found a distinctive correlation between newspaper reading and digital devices. When I found that I was missing my everyday newspaper while travelling, it prompted me to find a solution for this, albeit digitally. Research and discussions with my friends led me to developing the online platform that can present news each day on a screen of your choice. In the long run I am hoping to take this solution to other markets oversees as the platform can easily be scaled to accommodate any language," said founder Paperboy, Jonna Venkata Karthik Raja.

With a clean and simple interface, the app contains no pop up ads or interferences and lets one access their news both in online and offline mode; thus, making it easy to for people to read their favorite newspapers at their convenience.

Inspired by the increased adoption of digital content all over the world, Paperboy now brings the daily newspaper tailored to your device, be it Android, iOS or the web. It provides the same experience of reading one's favorite newspaper but on a screen which is the in-vogue format of choice today.