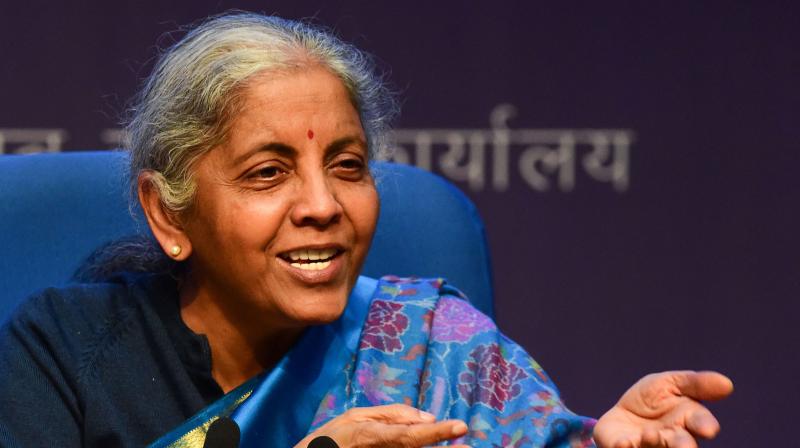 New Delhi: The Goods and Services Tax Council on Friday decided to defer the hike in GST on textiles from five per cent to 12 per cent that was due to kick in from January 1, 2022. The GST Council, however, decided to retain the status quo, and keep it at five per cent. However, the matter has been referred to the tax rate rationalisation committee and it will be discussed again at the next meeting of the council for the future course of action.

Briefing the media after the GST Council meeting, finance minister Nirmala Sitharaman told reporters that Friday’s meeting was a brief one with only one item on the agenda -- the rate rationalisation on textiles, and it was called under the emergency provision. “The meeting was triggered by a notice sent to me by the Gujarat finance minister, who had requested a reconsideration of the September 2021 decision taken in the council,” she said. Several other states – including West Bengal, Delhi, Tamil Nadu and Rajasthan – had supported the Gujarat government’s demand.

The finance minister said a similar demand to suspend the rate hike on footwear was not agreed to by the council. With effect from January 1, 2022, all footwear, irrespective of prices, will attract GST at 12 per cent.

At present the tax rate on manmade fibre (MMF) is 18 per cent and MMF yarn 12 per cent, while fabrics are taxed at five per cent. The GST Council also decided Friday that the 12 per cent uniform GST rate would apply on textile products, except cotton, including readymade garments.

Ms Sitharaman said that at the September 2021 Lucknow GST Council meeting, it was decided to make corrections on two inversions, but some states had sought reconsideration of the rate change on textiles. “We looked into the fact there are so much complexities in the sector on rates, for which the council has agreed to maintain the status quo,” she added.