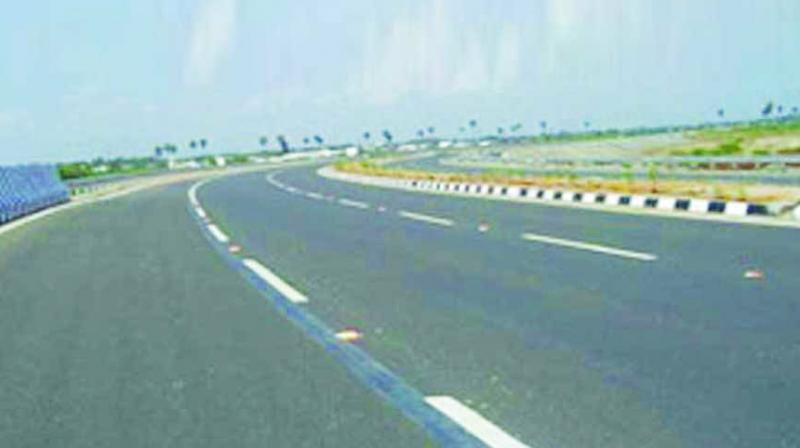 New Delhi: Terming roads, railways and rivers as the "lifeline of our country", Finance Minister Arun Jaitley today enhanced the allocation for highways sector by 12 per cent to Rs 64,900 crore for 2017-18.

Highways sector, which has been one of the priority areas of the government, had a budgetary estimate of Rs 57,976 crore for this fiscal, which was revised to Rs 52,447 crore.

"Railways, roads and rivers are the lifeline of our country," he said. Road Transport and Highways Minister Nitin Gadkari said the Budget will give a big boost to infrastructure sector, specially highways.

He said highways sector continues to be a focus area for the government and announcements of multi-modal logistics parks and multi-modal passenger stations will be a game changer.

Presenting the Budget, Jaitley said the total length of roads, including those under PMGSY (Pradhan Mantri Gram Sadak Yojna), built from 2014-15 till the current year is about 1,40,000 kms, which is significantly higher than previous three years.

Besides, 2,000 kms of coastal connectivity roads have been identified for construction and development. "This will facilitate better connectivity with ports and remote villages," he said.

"We have also taken up the task of connecting habitations with more than 100 persons in left wing extremism affected blocks," Jaitley said, adding, "We have committed to complete the current target under PMGSY by 2019."