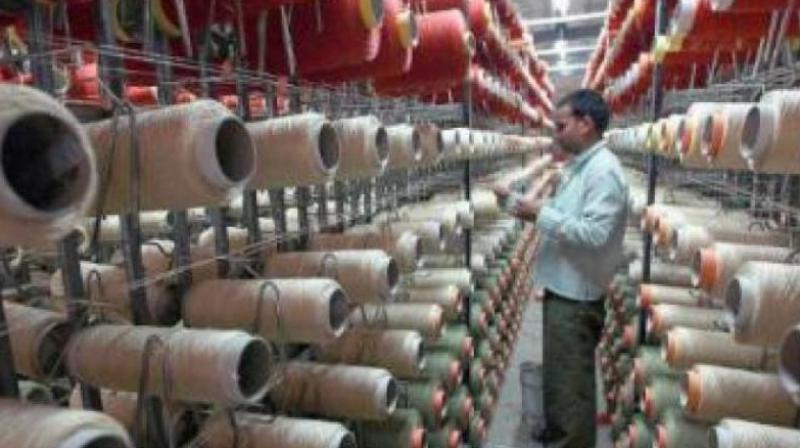 Factory activity expanded for second month in a row.

New Delhi: Indian factory activity expanded for a second straight month in February, while an increase in raw material costs pushed firms to raise prices at the fastest rate in nearly three and a half years, a business survey showed on Wednesday.

The Nikkei Manufacturing Purchasing Managers' Index, compiled by IHS Markit, rose to 50.7 in February from 50.4 in January. That beat a Reuters poll median of 50.3 and was the highest level since November.

Readings above 50.0 signal an expansion in activity.

"Indian manufacturers benefited from recovering demand and raised production volumes. However, with growth rates well below-par, the sector still has many areas to develop before it can fire on all cylinders," said Pollyanna De Lima, an economist at survey compiler IHS Markit.

"Businesses don't yet seem convinced as to the sustainability of the rebound."

Prime Minister Narendra Modi's government unexpectedly scrapped high-value notes in circulation in November, a move that left farmers, traders and companies who rely on cash transactions in a quandary.

Government data published on Tuesday that showed India's economy grew 7.0 percent in October-December from a year earlier. That was higher than every forecast in a Reuters poll of 30 economists.

A steep rise in commodity prices pushed companies to raise prices charged to consumers at the fastest pace since October 2013. The output prices sub-index in the latest survey rose to 53.4 from January's 50.7.