2018-19 too could bode well for India as the global economy is likely to move up in the New Year. 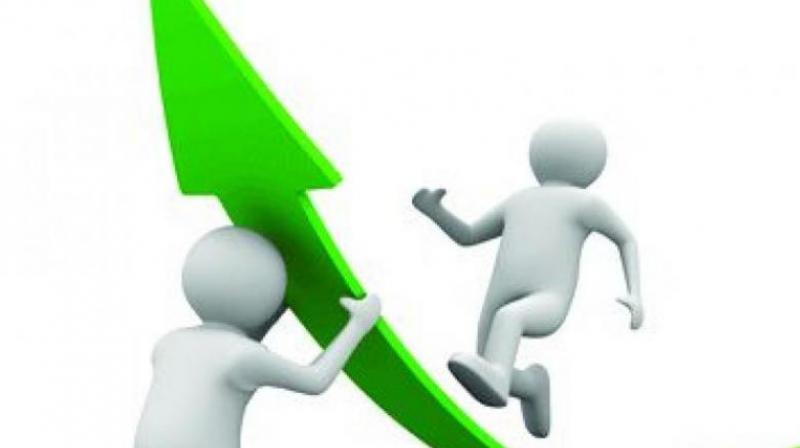 The finance ministry said the data indicates a broad-based and significant acceleration of real economic activity, as projected in the Economic Survey.

New Delhi: India’s economic growth picked up sharply in the third quarter (October-December), expanding by 7.2 per cent to indicate a possible turnaround in the economy after demonetisation and GST’s rollout.

This is the fastest GDP growth in five quarters and India has once again regained its status as the world’s fastest-growing major economy, surpassing China, after a gap of one year.

Before seeing an expansion in the second quarter of 2017-18, the Indian economy had fallen for five straight quarters, raising concerns in government circles. Thus the acceleration in the second and now sharp growth in the third quarter indicates the country has finally come out from the impact of demonetisation and GST jitters.

2018-19 too could bode well for India as the global economy is likely to move up in the New Year. “Global economic growth will turn higher and peak in 2018,” said ratings agency Moody’s on Wednesday.

“Improvement was broad-based, with a pickup in most production/investment demand indicators. Looking ahead, the likelihood of higher rural incomes (on higher MSPs) and pre-election spending is likely to be supportive of 2018-19 numbers,” said Radhika Rao, India economist of DBS Bank.