The Icra report noted that supported by capital infusion of Rs 3,000 crore in year-to-date in FY18. 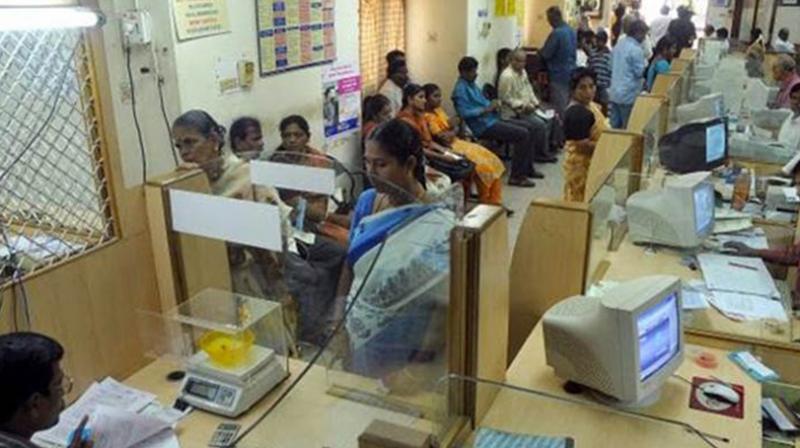 Portfolio outstanding under the NBFC-MFIs, microfinance focused small finance banks (SFBs) and universal banks grew at a faster pace of 19 per cent.

Mumbai: Helped by improvement in monthly collection efficiencies, the microfinance industry registered a 15 per cent year-on-year growth at around Rs 1.9 trillion during April to December last year, says a report.

Within this, the portfolio outstanding under the NBFC-MFIs, microfinance focused small finance banks (SFBs) and universal banks grew at a faster pace of 19 per cent.

According to the rating agency, improved collection efficiency trends, coupled with portfolio growth and some write-offs led to an improvement in 0 days past due (0+ dpd) delinquencies for the sector, from the peak of 23.6 per cent in February 2017 to 12.6 per cent in December 2017.

While the harder bucket delinquencies have also been declining, as reflected by 90+ dpd percentage declining from a peak of 12.2 per cent in June 2017 to 9.9 per cent in December 2017, the degree of reduction has been lower, owing to sticky delinquencies in the affected geographies, it noted.

"We expect the industry portfolio to increase to Rs 2-2.1 trillion by end of FY18 and maintain an annualised growth of 20-22 per cent over the medium term with a higher growth of 25-30 per cent per annum for the non-SHG (self-help group) portfolio," said Supreeta Nijjar, sector head (financial sector ratings), Icra.

According to her, there has been some diversification in state-wise distribution of portfolio, with entities reducing their exposure to the weaker performing states of UP, Maharashtra, Kerala and MP.

The states which were less impacted during the demonetisation period such as Tamil Nadu, West Bengal, Orissa and Bihar had seen their share grow between September 2016 and September 2017.

Given that the overall unprovided NPAs for the microfinance sector were high at Rs 2,350 crore, the rating agency expects the sector to report credit costs in the range of 6-8 per cent for FY18. Some of the provisioning impact of demonetisation-related credit costs may spill over to first half of FY19, according to Icra.