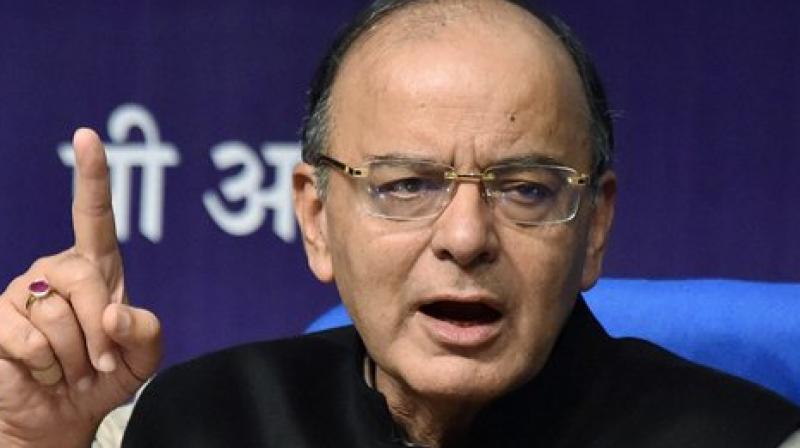 Stating that the NDB — set up by the BRICS bloc two years ago — must be alive to the role envisioned for it by its founders, he said India has a huge unmet need for infrastructure investment, estimated at about Rs 43 lakh crore (about USD 646 billion) over the next five years.

"Seventy per cent of this will be required in power, roads and urban infrastructure sectors," he said. "This offers an enormous opportunity to an institution like the NDB, whose core mandate is sustainable infrastructure development."

Jaitley said the first agreement for an NDB loan in India to finance major district roads in Madhya Pradesh has been signed a couple of days ago.

"With this, the NDB will have its first footprint in India. We have proposed projects worth about USD 2 billion for NDB funding, which I hope will be taken up by the board expeditiously," he said while giving keynote address at the opening ceremony of the second annual meeting of the New Development Bank (NDB) here.

India, he said, will work with the NDB to develop a strong shelf of projects in specific areas such as smart cities, renewable energy, urban transport, including metro railways, clean coal technology, solid waste management and urban water supply.

"The uniqueness of NDB should lie in faster loan appraisal, a lean organisational structure resulting in lower cost of loans, a variety of financing instruments, including local currency financing, adoption of country system whenever possible and flexibility in responding to the needs of the clients," he said.

Being a lean organisation, "it is also expected that the NDB will not only offer loans at cheaper rate, but will influence the more established MDBs to revisit  their high cost model", he said.

"Overall, it is our expectation that the Bank will bring in a whiff of freshness in project and loan appraisal as also will be nimble footed to meet the expectations of its clients," he said.

Jaitley further said the NDB is at a crossroads and the meeting today will deliberate on the Bank's strategy for the next 5 years, including issues such as the Bank's capital, loan portfolio and expansion of membership.

The group of five major emerging economies, known as BRICS, had in July 2015 launched a development bank aimed at financing infrastructure projects, mainly in member countries such as Brazil, Russia, India, China and South Africa.

The NDB has come up amid huge expectations in a difficult time for the global economy, he said, adding that the estimated unmet demand for infrastructure investment in emerging markets and developing economies is pegged at over
USD 1 trillion a year by the World Bank.

These nations need to carry out this huge investment in a sustainable manner. "The established MDBs (multilateral development banks) are now capital constrained, and with their overemphasis on processes, are unable to meet this financing challenge. A bank like the NDB is well poised to step into the void," he said.

Jaitley acknowledged that the formative years of NDB were never easy. "It is really heartening to know that the Bank is now fully operational, with seven loans already approved by the board of directors. It has also successfully raised money from the market and I am sure will soon make its first disbursement in India," he said.

The NDB is considering setting up of an Africa Regional Centre.

"As the NDB moves on, it must be guided by the commitment and pledge of the global leaders in 2015 to the sustainable development goals, and to mobilise the means required to achieve the SDGs through a revitalised global partnership," he said.

The NDB's core mandate is to finance sustainable development projects.