India lost the tag to China in the March quarter with the GDP growth slipping to 6.1 per cent. 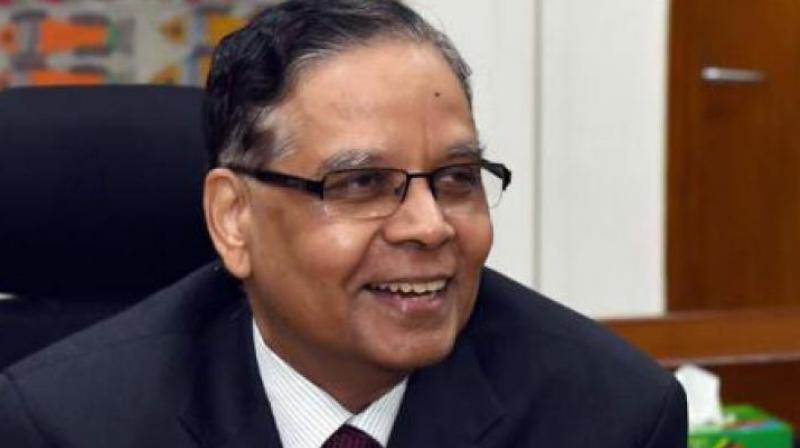 India, on an annual basis, is ahead of China and will regain the growth momentum soon on the back of host of reforms initiated by the Modi government in the last three years, he said.

India lost the tag to China in the March quarter with the GDP growth slipping to 6.1 per cent. China recorded a growth rate of 6.9 per cent during the January-March quarter. However, on an annual basis, India grew by 7.1 per cent in 2016-17.

"India will return to be the fastest growing major economy in the first quarter (April-June) of 2017-18. If we see 2016-17 fiscal year growth figure, we are ahead of China. On quarterly basis, we will regain the status in the current quarter," he told PTI when asked how soon India will regain the crown of fastest growing major economy in the world.

Panagariya further said that the growth will rebound in the current fiscal at a minimum of 7.5 per cent and accelerate further in the coming years. "Government has taken lots of reform measures. Our FDI is now around USD 60 billion. In the next two years -- 2018-19 and 2019-20 -- we will get to the 8 per cent growth trajectory," he said.

India's growth slipped to a three-year low of 7.1 per cent in 2016-17 on account of poor performance of manufacturing and services sectors. The GDP growth was at 8 per cent in 2015-16 and 7.5 per cent in the previous year.

When asked if it was on account of demonetisation of high value currency notes in November last year, Panagariya said that the declining trend was containing and note ban, at best, would have had only a "marginal impact". On November 9, 2016, the government had demonetized higher value currency which wiped off about 87 per cent of notes in circulation, leading to a severe cash crunch and disruption in the economic activities.