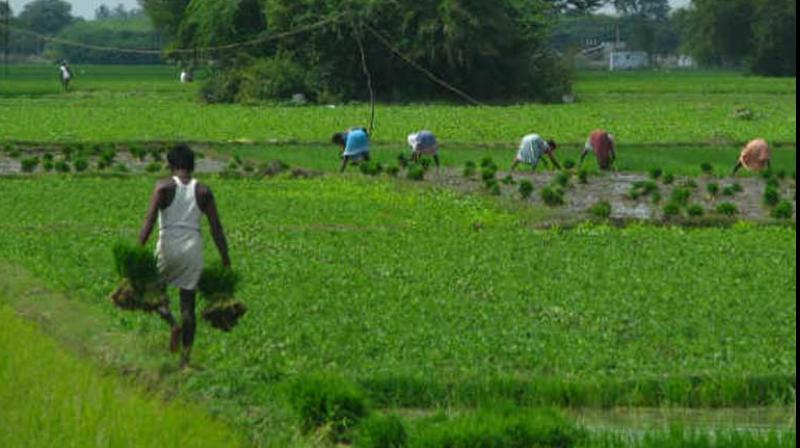 Mumbai: Terming farm loan waivers a "quick-fix", the RBI on Thursday again voiced its concern, saying they will lead to a lasting adverse impact on farm productivity.

States including Uttar Pradesh and Maharashtra have announced farm loan waivers adding up to Rs 1.3 trillion or 0.8 per cent of GDP this fiscal.

"In the absence of coordinated and sustained efforts to put in place elements of a virtuous cycle of uplift of farmers' income, loan waivers have periodically emerged as a quick fix to ease their distress," RBI said in a statement quoting Patel.

Blaming the recurring farm distress on "perennially low investment, archaic irrigation practises, monsoon dependence, fragmented land-holdings, low tech adoption, lack of property rights and low initial networth of farmers," he said all these can potentially imprison farmers in a circle of indebtedness with a disturbing frequency.

Listing out negative impact of loan waivers, he said they lead to faulty targeting of beneficiaries and resultant discrimination, incentivise wilful defaulters and erode credit discipline.

Since waiver announcements and actual dole-out come with a time lag, "in this interregnum, the quality of assets deteriorates and bridge provisions crowd out new loans. It impacts public finances via higher than budgeted revenue spends. This will have to be financed by additional market borrowings which push up interest rates, not just for the states but for the entire economy," he said.

Patel further said a collateral damage is that private borrowers are crowded out as the cost of borrowing rises. Even if loan waiver is accommodated within the budget, it will force cut-backs in other heads of expenditure.

"Experience has shown that the most vulnerable category is capex, which in turn, entails deterioration in the quality of expenditure and leads to adverse implications for productivity, as asset forming investments, including for the sector itself such as irrigation work, cold storage chains... is foregone," Patel warned.

Ultimately loan waivers involve a transfer of resources from tax payers to borrowers which can also crimp consumption redistribution, he warned.

Stating that the farm economy is around 15 percent of GDP, 11 per cent of exports and provides livelihood to half the population, he said outstanding bank credit to the sector has risen from about 13 per cent of GDP in 2000-01 to 53 per cent in 2016-17.

Crediting the increase in farm loans to interest subvention schemes, he said in FY18, government provided Rs 20,339 crore against Rs 15,000 crore earmarked in the Budget.