The RBI has allowed an additional 2.5 per cent of deposits for banks as HTM for the second half of the current financial year 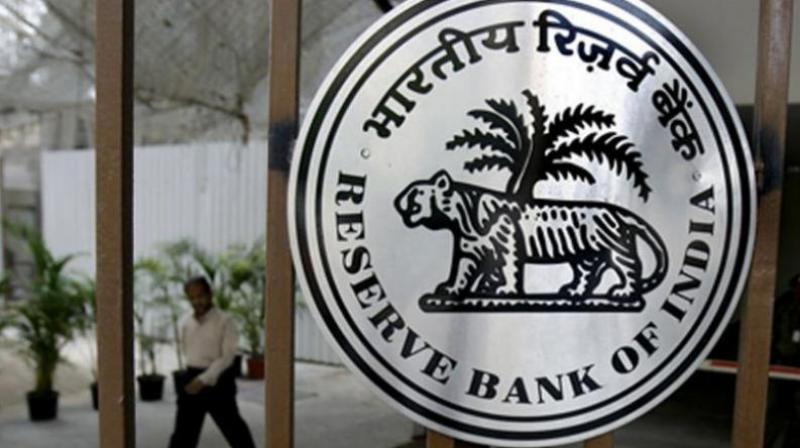 Mumbai: In a bid to cool rising bond yields and maintain market stability in the financial system, the Reserve Bank of India (RBI) on Monday announced a slew of measures including two more tranches of special open market bond operations or ‘Operation Twist’ and additional term repo operations of Rs one lakh crore at a floating rate basis.

The central bank also allowed banks to park new government securities acquisition made from September 1, 2020 under the ‘held to maturity’ (HTM) category, which does require mark-to-market provisioning, up to an overall limit of 22 per cent of their deposits (against 19.5 per cent now) up to March 31, 2021.

The RBI also reiterated that it “remains committed to use all instruments at its command to revive the economy by maintaining congenial financial conditions, mitigate the impact of COVID-19 and restore the economy to a path of sustainable growth while preserving macroeconomic and financial stability.”

"The RBI has allowed an additional 2.5 per cent of deposits for banks as HTM for the second half of the current financial year (September – March). This allows an additional purchase capacity of approximately INR 3.6 lakh crores for banks without worrying about fluctuation risks over this period. Presumably bonds once bought under this facility will have HTM status for their lives, even as HTM for incremental purchases may be brought down again for the next financial year (RBI to review limit post 31st March)," said Suyash Choudhary, head fixed income at IDFC AMC.

The yields on government bonds have risen in the last one and half week on two concerns--the RBI MPC minutes released last week while did not say anything new, yet led to consternation on the future course of inflation. Secondly, concerns on fiscal deficit and future borrowing programme of the government impacted sentiment as it is assumed that there would be a lot of government paper coming into the market. The GST debate has only heightened such expectations. As a result, the 10-year government bond rate rose upto 6.15 per cent.

The RBI said that it is aware of these developments and that it will be monitoring inflation which though expected to be high in Q2 as per the MPC minutes will come down in H2. The government borrowing programme is on track and that it is ready to intervene when required.

The RBI said that there will be another set of ‘Operation twists’ where it will buy and sell securities of different maturities to manage yields in the market. There will be two such operations on September 10 and 17.  There will also be a term repo auction in mid-September to address the issue of advance tax payments. Banks can use these funds (term has not been defined) after reversing the
earlier LTRO funds which came at 5.15 per cent at the present rate of 4 per cent. If this happens fully, then there may be no fresh liquidity in the system but the cost of funds of banks will come down.

“It is also true that more than 50 per cent of the Rs 20 lakh crore plus (center and states combined) borrowing program is still ahead of us. To that extent one can argue that the announcements today were a “must have” if markets were to continue to behave in an orderly fashion. For that reason one shouldn’t expect a very large sustainable rally in bonds basis just the current set of triggers, although one should reasonably expect most of the recent aggressive sell-off to get unwound. However, reinstatement of orderly functioning now allows participants to start deploying risk capital with more confidence to take advantage of what are quite attractive valuations given the underlying backdrop of an unprecedented growth drawdown and a collapse in credit growth," added Choudhary.