It said India Inc is looking up to the government to take the 'out of ordinary' measures to accelerate growth. 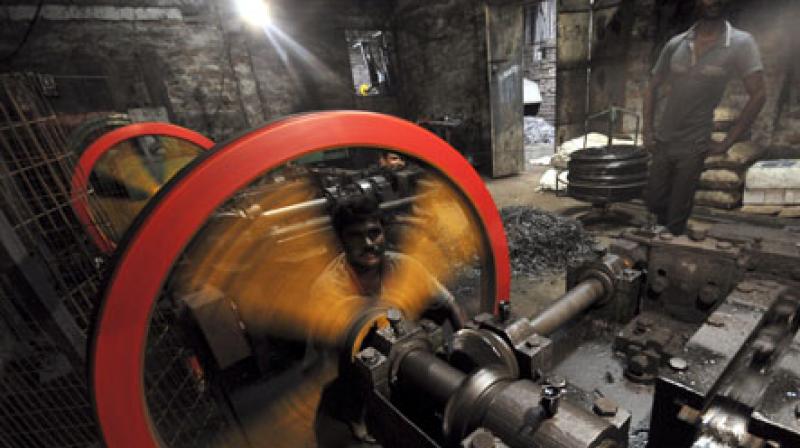 New Delhi: Industry body Assocham has urged the government to relax fiscal deficit targets and boost public expenditure as a means to accelerate India's economic growth, which slipped to 5.7 per cent in the June quarter.

In a statement, the chamber said India Inc is looking up to the government to take the 'out of ordinary' measures, citing "concerns over slowdown in growth due to the transient disruptions in the economy following GST implementation and the remaining over-hang of demonetisation".

Ahead of the credit policy review on October 4, the chamber has also written to the Reserve Bank of India and the Monetary Policy Committee to cut the interest rates by at least by 25 basis points, outlining the challenges faced by the economy which needs immediate measures for revival of growth.

"At least 50 basis points elbow room can be taken with regard to 3.2 per cent fiscal deficit for the current year and the next financial year.

"The fiscal targets can be taken to 3.7 per cent, but with a strict oversight over quality of expenditure so that the extra resources are wisely spent in building and reviving investment in infrastructure sectors like roads, power, railways, ports," Assocham Secretary General D S Rawat said.

He said the present economic scenario requires immediate intervention of the government so that any disruptive impact of the Goods and Services Tax (GST) is minimised.

In a letter to RBI Governor Urjit Patel, Assocham said the "economy is facing multiple challenges as growth is slowing down and investment is not picking up. Consumers have cut down on spending and businesses have also lost momentum".

Stressing that the rupee is still over-valued, the chamber said the effective exchange rate of the rupee has appreciated against India's trading partners, hitting the country's exports.

It said the RBI should target the real effective exchange rate more effectively.