Govt’s decision to increase MSP guarantee to farmers, in particular, is likely to have a direct inflationary impact. 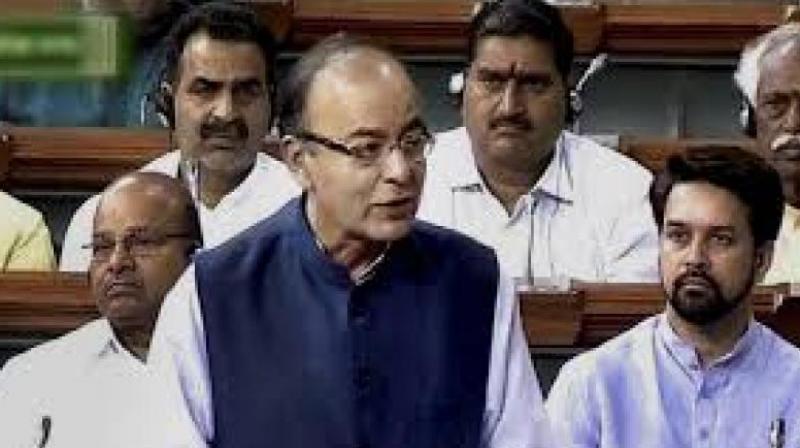 Traders and analysts said those moves could add to inflationary pressures at a time when retail inflation was at a 17-month high. (Photo: File | PTI)

New Delhi: India’s annual budget could push up inflation and prompt the central bank to raise interest rates sooner, analysts said on Thursday, raising the probability of a scenario that could hurt the nascent economic recovery.

Finance Minister Arun Jaitley, delivering his last full annual budget before a general election to be held by May next year, raised government spending for rural areas and support to farmers, while slowing the pace of fiscal consolidation.

Traders and analysts said those moves could add to inflationary pressures at a time when retail inflation was at a 17-month high. That would make the Reserve Bank of India more cautious when it announces the monetary policy review on Wednesday next week, they said.

“The probability of rate hikes in the next fiscal year has gone up materially,” said A. Prasanna, economist at ICICI Securities Primary Dealership in Mumbai.

A cautious stance at the RBI would increase the probability of interest rate increases in the coming fiscal year. That in turn could raise tensions between the government and the central bank, which has resisted pressures for deep rate cuts to boost growth as it worried about increasing inflation.

Analysts said while the RBI is expected to keep interest rates on hold next week, the budget could toughen the central bank’s tone. They said the government’s decision to increase the minimum support price guarantee to farmers, in particular, is likely to have a direct inflationary impact.

In the budget, the government promised farmers to buy their crops at 1.5 times the cost of production, a major shift in approach after keeping the average minimum support price increase in low single digits over the past three years.

The announcement spooked investors as they expected retail inflation, which is at 5.21 per cent and above the central bank’s 4 per cent target, could rise more.

It could also put pressure on the fiscal deficit and hurt exports if domestic prices are higher than global for these crops, analysts said.

“If the cost of production includes all expenses, including land and labour and capital, inflation and subsidy are bound to go up,” said Ashok Gulati, an agricultural economist who formerly advised the government on support prices.

ICICI Securities Primary Dealership’s Prasanna said the RBI’s “monetary policy committee will wait to see how the MSP hikes are implemented before making up their minds.”

Some analysts, however, said there was enough slack in the economy to counter inflationary pressures and lauded the government for taking steps they said would boost growth.

“There is no demand in the economy, then how can inflation pick up?” said Rupa Rege Nitsure, group chief economist at L&T Finance Holding.

“With this fiscal push, if growth improves then revenues can pick up, investments will pick up. The central bank should work in tandem with the government.”