Piyush Goyal on Friday announced an income tax rebate on earnings of up to Rs 5 lakh. 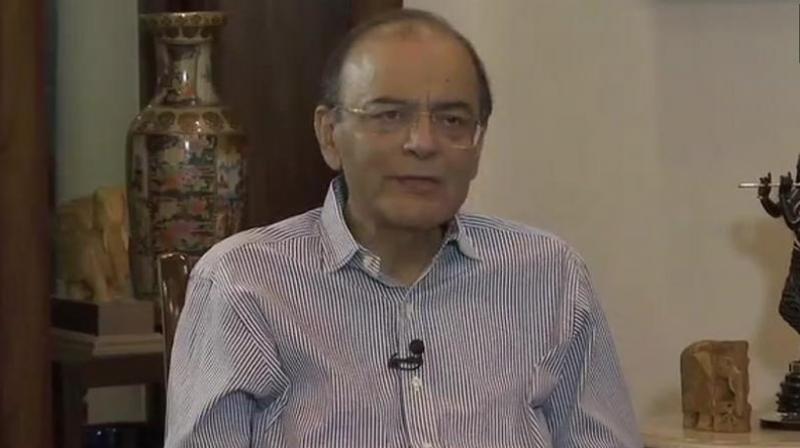 New Delhi: Union Minister Arun Jaitley on Friday rejected criticism for deviating from past by including direct tax proposal in an interim Budget saying the rebate in the income tax was a logical extension of steps taken by the government since 2014.

While in 2009 and then in 2014, the Congress-led UPA had brought indirect tax proposals in keeping with the needs of the economy, Finance Minister Piyush Goyal announced an income tax rebate on earnings of up to Rs 5 lakh.

"Budgets are a political reality in a Parliamentary democracy. So are elections, but this is not a move which anywhere contradicts or deviates from what this government has been doing in the past 5 years. "It's actually a logical movement in the direction in which we were moving in last 5 years," he said during an interaction on interim Budget through video conferencing from New York.

Goyal's move was criticised by the Opposition saying with general election months away, the Prime Minister Narendra Modi-led government had mandate only to present a vote on account and a Budget containing direct tax proposals. They felt that was the job for the next government to do when they present a full Budget for 2019-20 in July.

In 2009, then Finance Minister Pranab Mukherjee introduced a stimulus for the economy faced with global meltdown in his reply to the interim Budget debate. His successor P Chidambaram had in 2014 changed duty structures on some commodities.

"Now, size of the Budget has expanded to Rs 27 lakh crore from Rs 14 lakh crore in 2014...small tax payers are entiled to more money in the pocket and whatever more we spend a lot of it comes back as indirect taxes. It's a movement in the same direction which we started in 2014," he said.

On the income support scheme for farmers, Jaitley said the farm sector required resources and if the current scheme is inadequate, the Centre will increase its allocation. Pointing out that the sector is in distress, he said, the Centre has taken the first step and "let the state governments of so called critics top it up".

Income support and subsidy can go hand in hand, he added. Taking a dig at critics of the scheme, he said the Congress had announced a Rs 72,000-crore farm loan waiver but had actually disbursed about Rs 52,000 crore.

Jaitley said the average monthly collection in the first eight months of the GST roll-out was Rs 89,000 crore which increased to Rs 97,000 crore in the 10 months so far this fiscal.

"If the collections are growing at 11-12 per cent in the second year then with increased compliance, the collection in third and fourth year will be much higher," he said.