During the interim budget, the gross tax revenue after the budget estimation stood still at Rs 25.5 lakh crore. 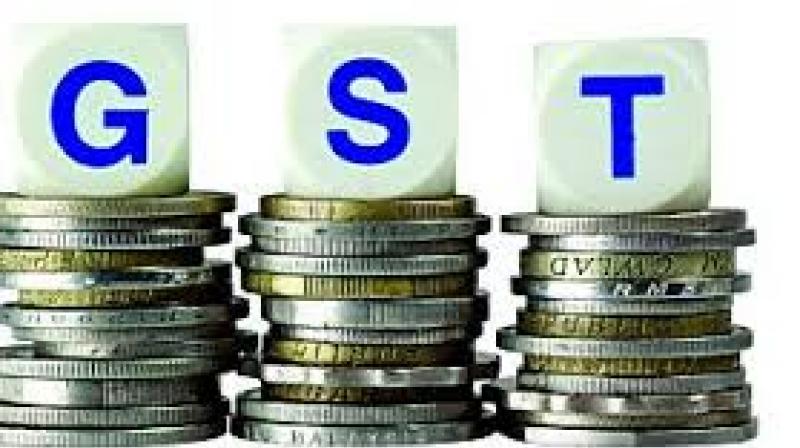 Inspite of the GST revenue shortfall, the Interim Budget has estimated an 18.2 per cent growth in GST at Rs 7.64 lakh crore for the next fiscal. (Photo: File)

The revised estimates of gross tax revenue for the fiscal year 2018-19 was marginally lower at Rs 22.5 lakh crore as against the budget estimates of Rs 22.7 lakh crore, although the net tax revenue to the Centre stood at Rs 14.8 lakh crore was totally spot on target after the centre transferred power to the states. A deficit of Rs1 lakh crore has been estimated in the Government’s Goods and Services Tax (GST) collection – which includes central GST, UTGST, IGST and compensation cess – in comparison to the Budget estimates.

During the interim budget, the gross tax revenue after the budget estimation stood still at Rs 25.5 lakh crore. There has been a growth of 13.5 percent over the revised estimate of the current fiscal. In spite of the GST revenue shortfall, the Interim Budget has estimated an 18.2 per cent growth in GST at Rs7.64 lakh crore for the next fiscal.

The monthly average needed to obtain the estimate was valued at Rs 1.1 lakh crore for 2019-20. Although, the per month rate between April 2018 and January 2019 period was much lower at Rs 97,100 crore. Rate cuts have impacted on about 400 out of 1,200 items, as GST was implemented in July 2017. These rate reductions have forced the government to lose a revenue of Rs 80,000 crore annually, interim finance minister Piyush Goyal said.

Pratik Jain, Partner and Leader Indirect Tax, PwC India said, “It is interesting to see that a growth of around 20per cent has been projected on Central GST collections in 2019-20 over the current year, whereas the overall growth in collection in 2018-19 has been around 8 per cent over 2017-18. Achieving this ambitious growth target would call for substantial expansion in tax base, requiring stringent measures to plug the tax leakages.”

“The tax collections increased significantly from Rs 6.38 lakh crore in 2013-14 to almost Rs 12 lakh crore this year. The number of returns filed have also increased from 3.79 crore to 6.85 crore, showing 80 per cent growth in tax base,” Goyal said.