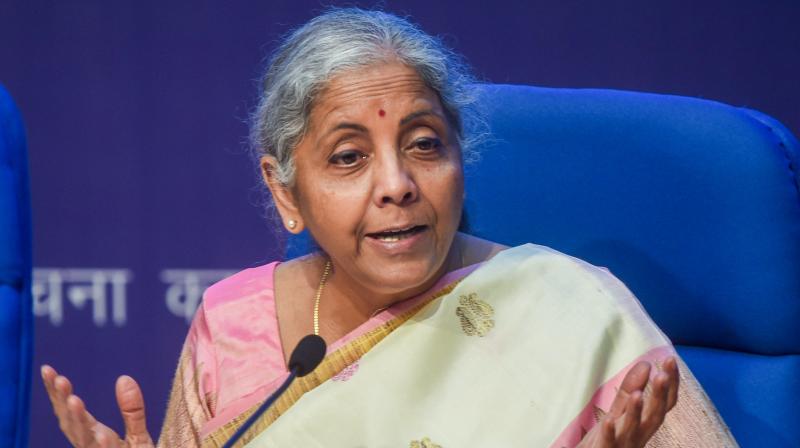 Mumbai: The Reserve Bank of India (RBI) will issue the much-awaited digital rupee in the next financial year, finance minister Nirmala Sitharaman said in the Union Budget on Tuesday. The digital rupee or the Central Bank Digital Currency (CBDC) will be based on blockchain technology, the tech behind Bitcoin and other popular cryptocurrencies.

Sitharaman said, "Introduction of Central Bank Digital Currency (CBDC) will give a big boost to the digital economy. Digital currency will also lead to a more efficient and cheaper currency management system. It is, therefore, proposed to introduce digital rupee, using blockchain and other technologies, to be issued by the Reserve Bank of India starting 2022-23."

A CBDC is the legal tender issued by a central bank in a digital form. It is the same as a fiat currency and is exchangeable one-to-one with the fiat currency. Only its form is different. However, it is not comparable to the private virtual currencies such as Bitcoin or Ethereum that have mushroomed over the last decade.

With this, India joins the likes of China, Russia and the UK among major economies evaluating the issuance of their own digital currency. According to a study by the Bank of International Settlements (BIS), 86 per cent of central banks in the world are researching CBDC while 60 per cent are experimenting with it. As much as 14 per cent of central banks are in the pilot testing phase.

Reserve Bank of India (RBI) deputy governor T Rabi Sankar had said in July 2021 that the RBI is working toward a “phased implementation strategy” of a CBDC and would be conducting pilot tests in wholesale and retail segments, RBI.

The draft of the crypto Bill has suggested that the government may still ban all cryptocurrencies in the country to promote a possible digital currency from the RBI.

“To create a facilitative framework for creation of the official digital currency to be issued by the Reserve Bank of India. The Bill also seeks to prohibit all private cryptocurrencies in India. However, it allows for certain exceptions to promote the underlying technology of cryptocurrency and its uses," the Cryptocurrency and Regulation of Official Digital Currency Bill, 2021 read.