RBI's monetary policy: Five things to keep an eye on at MPC meet 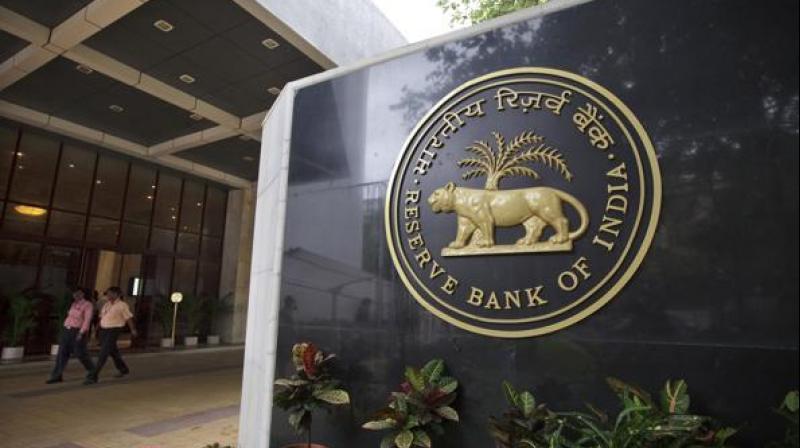 Mumbai: All eyes are on the Monetary Policy Committee's (MPC) announcement that will be made on Wednesday afternoon as a 25 bps cut in policy rates is expected.

Headed by RBI governor Urjit Patel, the MPC will review the policy rate, which is the rate at which RBI lends money to commercial banks.

Here are some factors that will influence the rate cut decision as well as reflect the central bank's stance on critical economic issues:

1. Repo rate cut: A reduction in repo rate will mean that commercial banks like State Bank of India, Axis Bank, ICICI bank, etc will reduce the interest on loans.
It will directly affect the common man as education loans, home loans, business loans will become cheaper. Trade will get a boost as there will be better access to credit for new ventures and businesses can refinance themselves.

2. Inflation: MPC is entrusted with the responsibility of keeping inflation in the country within 4 per cent range. It had vouched to keep a stronger watch on inflation levels before deciding on the rate cut. While CPI inflation for May fell to an 18-year low of 2.2 per cent, WPI based inflation cooled to 2.17 per cent on food price lows.
RBI had previously warned that inflation could accelerate due to a seasonal rebound in food prices and other factors like pay hikes for government employees. The cooling inflation should augur well for proponents of rate cut.

3. Consensus among MPC members: The committee's June meet has received flak from the government for holding the repo rate. Also, a slight discord was noticed among the MPC members. Ravindra Dholakia, who is one of the three government appointed members of the MPC had rallied for a 50 bps cut in repo rate.

It will be interesting to see if there will be a further dissent or a collective voice in the Wednesday meet.

4. Demonetisation and number of counterfeit notes: On July 12, RBI governor Urjit Patel was unable to provide a number for the amount of demonetised notes received and the fake currency notes that were identified. Moreover, the central bank had refrained from releasing its asset liability figures for the week ended June 30.

Meanwhile pressure from the Opposition has been mounting on RBI to reveal the figure of scrapped notes.

5.Stressed loans: The Indian banking sector has been reeling under pressure from bad loans worth Rs 6 lakh crore. RBI’s stance on the rising stockpile of stressed loans will be significant in determining further policies for resolution of these loans.