Mr Jaitley said that when people have the right to demand development, they also have the responsibility to pay what is required for the development. 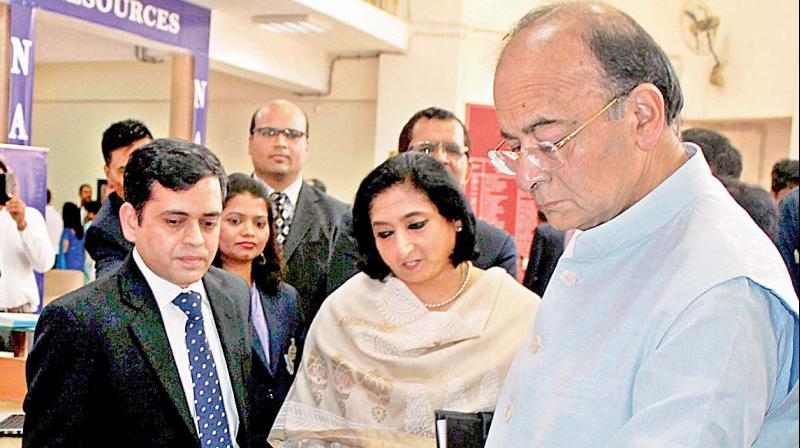 Finance Minister Arun Jaitley at an event in Faridabad on Sunday. (Photo: PTI)

New Delhi: Finance minister Arun Jaitley on Sunday indicated that there is scope for lesser slabs under GST once there is revenue buoyancy.

“We are in first 2-3 months (of GST implementation). We have almost by the day, space and scope for improvement. We have space for improvement and need for improvement to reduce compliance burden as far as small taxpayers are concerned,” he said at an event organised by the National Academy of Customs, Indirect Taxes and Narcotics (NACIN).

He pointed out that the indirect tax structure has a greater impact on the society as it impacts all and so it is always the endeavour of the government to bring down tax rates on mass consumption commodities. “We have space for improvement, eventually once we become revenue neutral, to think in terms of bigger reforms such as lesser slabs, but for that we have to become revenue neutral,” said Mr Jaitley.

Presently, items are slotted under rates of 5, 12, 18 and 28 per cent. An additional GST compensation cess is also levied on certain products. “Direct tax is paid by more by the more affluent, somewhat by the others and certainly not by the weaker section but the impact of indirect tax places burden on all. Therefore, an effort is always as part of the fiscal policy... To ensure that the commodities which are consumed more by the common people are least taxed compared to others,” he said.

Mr Jaitley said that  when people have the right to demand development, they also have the responsibility to pay what is required for the development.