The survey, however, showed that the Asia’s third-largest economy was signalling a fast recovery 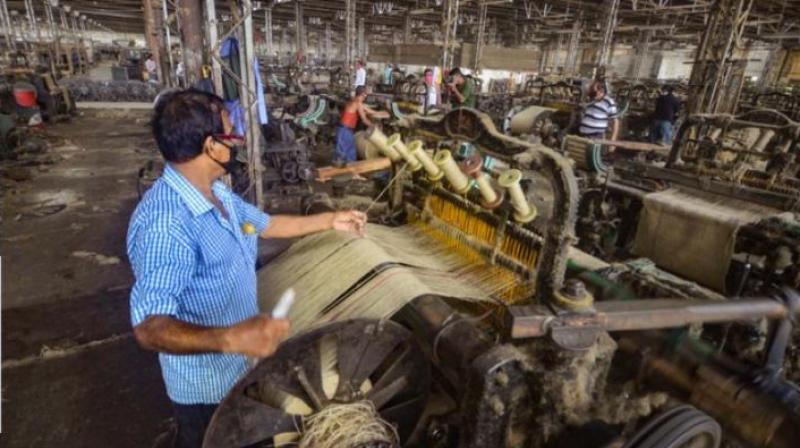 New Delhi: With rising demand and output, despite the Covid-19 disruptions, India’s factory activity measured by the Manufacturing Purchasing Managers’ Index (PMI) expanded to a 13-year high of 58.9 in the month of October -- the fastest pace in over a decade. However, on the employment front, the numbers remain a concern as firms cut more jobs, a private survey showed on Monday.

Even after the economy shrank by a record 23.9 per cent in the April-June quarter, the survey, however, showed that the Asia’s third-largest economy was signalling a fast recovery, with several positive economic indicators linked to it. Even amidst the Covid-19 pandemic, the green shoots of such indicators showed signs of healing after the government lifted several lockdown restrictions to boost economic activities across the country.

"Rising from 56.8 in September to 58.9 in October, the headline PMI pointed to the strongest improvement in the health of the sector in over a decade, with companies raising output to the greatest extent in 13 years amid robust sales growth.The reading was the highest since May 2010 and above the 50-level separating growth from contraction for the third straight month. While firms purchased additional inputs for use in the production process, payroll  numbers were lowered due to government guidelines related to the Covid19," said IHS Markit survey.

Commenting on the latest survey results, Pollyanna De Lima, Economics Associate Director at IHS Markit, however, said, "Levels of new orders and output at Indian manufacturers  continued to recover from the Covid-19 induced contractions seen earlier in the year, with the PMI results for October highlighting historically-sharp monthly rates of expansion. Companies were convinced that the resurgence in sales will be sustained in coming months, as indicated by a strong upturn in input buying amid restocking efforts."

"Also, confidence towards the year-ahead outlook for production improved as firms hoped that fewer Covid19 cases and the reopening of other businesses could boost output growth. There was disappointing news on the employment front though, with October seeing another reduction in payroll numbers," said De Lima.

With input and output prices increasing at a faster pace last month, this could lead overall retail inflation, which rose to an eight-month high of 7.34 per cent in September, to remain above the RBI’s medium-term target of 2-6 per cent in coming months. "A few firms increased output charges, while the vast majority left their fees unchanged from September. As a result, the overall rate of charge inflation was negligible," the survey observed.