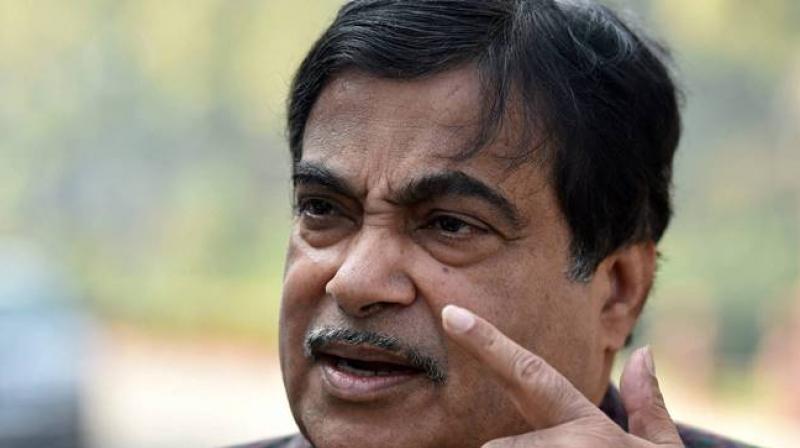 New Delhi: The government has initiated action on the reports alleging payment of 1.18 million dollar bribes to the officials of the NHAI by an American firm, the Lok Sabha was informed today.

Road Transport and Highways Minister Nitin Gadkari said it was reported in media that M/S CDM Smith, through its employees and agents, and those of its wholly-owned Indian subsidiary (CDM India), had paid approximately USD 1.18 million in bribes to government officials in India in exchange for highway construction supervision and design contracts.

The media report had emanated from the US Department of Justice, Criminal Division's letter dated June 21, 2017 available on their official website.

The minister said the National Highways Authority of India (NHAI) has compiled the list of all the consultancy assignments awarded to the said firm and its associates.

"The Ministry of Road Transport and Highways and the NHAI have initiated steps to obtain the supporting documents so as to take the matter to the logical conclusion," he said during the Question Hour.

Gadkari said his ministry has taken up the matter with the Ministry of External Affairs as well as the Indian Embassy in USA to liaise with the US Department of Justice to obtain the information and records gathered by them during their inquiry.

He said the NHAI had debarred the said firm for a period of three months in 2015 from participating or engagement in the future bidding of NHAI projects because of deficiency in the services in one of the projects -- the Dholpur- Morena Section of NH-3.

"Similarly, in a lone assignment awarded to the said firm, the NHIDCL has debarred the said firm this year for a period of two years," he said.

The relevant part of the US Department's letter says "From approximately 2011 until approximately 2015, employees of CDM Smith's division responsible for India operations and CDM India illegally paid bribes to officials in the National Highways Authority of India, India's state-owned highway management agency and an 'instrumentality' under the FCPA, in order to receive contracts from NHAI".

"The bribes generally were 2-4 per cent of the contract price and paid through fraudulent subcontractors, who provided no actual services and understood that payments were meant to solely benefit the officials," the letter had said.

Gadkari said the Central Vigilance Commission of India has constituted a special investigation team of three officers to investigate the matter and report back to the commission.