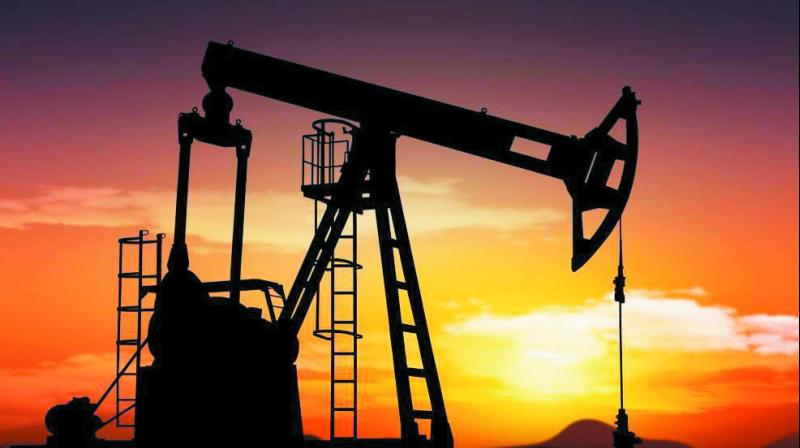 Oil will struggle to make substantial headway topside this week with no progress on trade talks or meetings even, soft data from Asia and a possible cracking of OPEC’s resolve to control production, said Jeffrey Halley, senior market analyst at OANDA.

Tokyo: Oil prices fell on Tuesday as the ongoing US-China trade war cast a pall over markets, with soft South Korean data adding to concerns over emerging markets and a rise in OPEC output.

The United States this week imposed 15 per cent tariffs on a variety of Chinese goods and China began to impose new duties on a USD 75 billion target list, deepening the trade war that has rumbled on for more than a year.

US President Donald Trump said both sides would still meet for talks later this month.

South Korea’s economy turned out to have expanded less than estimated during the second quarter as exports were revised down in the face of the prolonged US-China trade dispute, central bank data showed on Tuesday.

A move on Sunday by Argentina to impose capital controls is also casting a spotlight on emerging market risks.

“Oil will struggle to make substantial headway topside this week with no progress on trade talks or meetings even, soft data from Asia and a possible cracking of OPEC’s resolve to control production,” said Jeffrey Halley, senior market analyst at OANDA.

Output from the Organization of the Petroleum Exporting Countries (OPEC) rose in August for the first month this year as higher supply from Iraq and Nigeria outweighed restraint by top Saudi Arabia and losses caused by US sanctions on Iran.

OPEC, Russia and other non-members, known as OPEC+, agreed in December to reduce supply by 1.2 million bpd from Jan. 1 this year. OPEC’s share of the cut is 800,000 bpd, to be delivered by 11 members and exempting Iran, Libya and Venezuela.

Russian oil production in August rose to 11.294 million barrels per day (bpd), topping the rate Moscow has pledged to cap output at under a pact with other producers and hitting its highest since March, data showed on Monday.

Nonetheless, Russia aims to fully comply with an agreement during September to cut oil production among OPEC and some non-OPEC producers, Russian Energy Minister Alexander Novak said in a statement on Monday.

Data due this week on US inventory levels will be delayed by a day to Wednesday and Thursday due to the US Labor Day holiday on Monday.

“What’s bad for the outlook for global growth is bad for oil at the moment and only big draws in inventories can delay that drift lower,” said Greg McKenna, strategist at McKenna Macro.