A top finance ministry official said last week that there is scope for an RBI rate cut as retail inflation continues to be low. 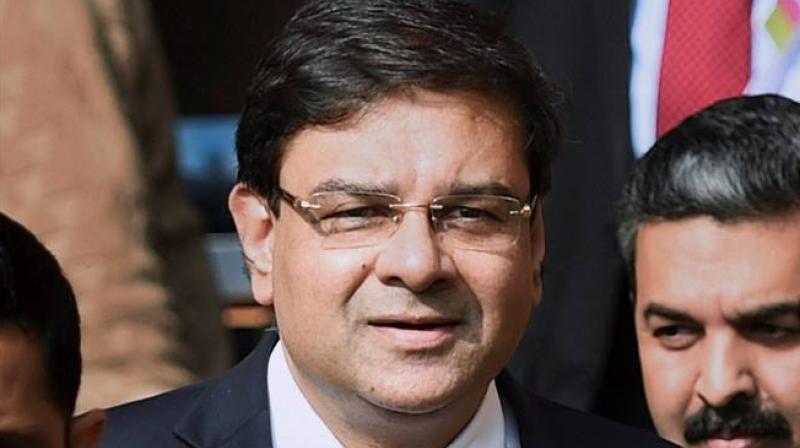 Mumbai: The Monetary Policy Committee headed by RBI governor Urjit Patel started two-day deliberations on Tuesday with industry and the government hoping for interest rate cut to spur growth which fell to 3-year low of 5.7 per cent in the June quarter, while experts expect status quo.

The fourth bi-monthly monetary policy statement for 2017 -18, to be released Wednesday, is being keenly awaited by all stakeholders -- especially the industry which has been demanding for lower interest rates.

Bankers however are of the view that the Reserve Bank of India (RBI) would maintain status quo as inflation has risen.

According to a SBI report, the RBI is likely to maintain status quo on key lending rate in Tuesday's policy review as it is "stuck in a conundrum" of low growth, mild inflation and global uncertainties.

It said that against the background of flexible inflation targeting, the obvious question that arises is choosing between moving towards the 4 per cent inflation target swiftly or just staying within the inflation band of plus/minus 2 per cent.

"We expect the RBI to stay on hold at the upcoming meeting as rising incoming inflation and projections of further acceleration in inflation ahead will mean that there would be limited space for further easing," Morgan Stanley said in the research note.

On the other hand, a top finance ministry official said last week that there is scope for an RBI rate cut at the next policy review as retail inflation continues to be low.

"There is scope for monetary easing because of inflation projections," the official had said, adding that all the government analysis is made on the basis of inflation remaining under 4 per cent in the medium term.

Industry body Assocham has written to the MPC to cut the interest rates at least by 25 basis points, given the challenges being faced by the economy which needs immediate measures for revival of growth.

"At least 50 basis points elbow room can be taken with regard to 3.2 per cent fiscal deficit for the current year and the next financial year," it said. In its last policy review in August, the RBI reduced the repo rate by 0.25 per cent to 6 per cent, citing reduction in inflation risks.

The rate cut was the first in 10 months and brought policy rates to a near 7-year low.

However, retail inflation rose to a five-month high of 3.36 per cent in August due to costlier vegetables and fruits.

The consumer price index (CPI) based inflation was 2.36 per cent in July.

Other members of the MPC are Deputy Governor in-charge of monetary policy Viral A Acharya and RBI Executive Director Michael D Patra.