The latest services PMI follows the manufacturing one, which showed that factory activity slackened in October. 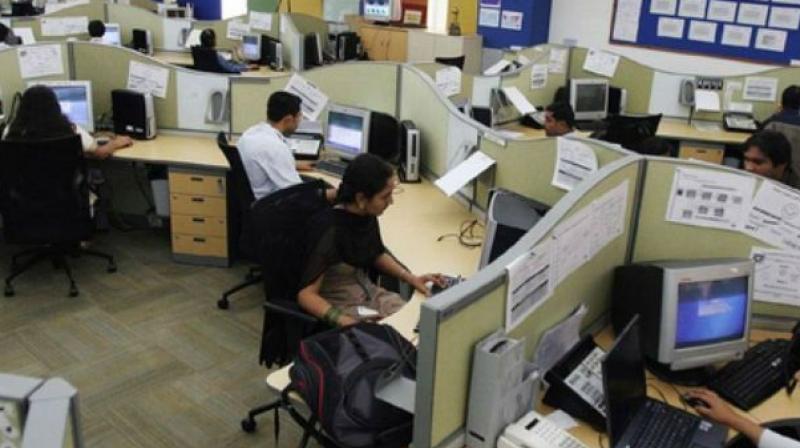 The Nikkei India Services PMI Business Activity rose to 51.7 in October, from 50.7 in September. (File Photo)

The Nikkei India Services PMI Business Activity rose to 51.7 in October, from 50.7 in September, indicating modest growth in the sector, as the reading remained below the long- run series average of 54.7.

In PMI lexicon, a print above 50 means expansion and a score below that denotes contraction.

"The service sector reported the fastest rise in new business since June. That said, these key growth indicators remained relatively muted," said Aashna Dodhia, Economist at IHS Markit, and author of the report.

To cater to greater output requirements, service providers hired more for the second month in succession, but the rate of job creation slowed from September.

The latest services PMI follows the manufacturing one announced on Wednesday, which showed that factory activity in India slackened in October.

Accordingly, the Nikkei Composite Output Index rose slightly to 51.3 in October, from 51.1 in September, signalling a slight rate of expansion.

"The recovery from the implementation of the goods and services tax (GST) in July was sustained in the private sector in October, mainly radiating from service providers, as growth in manufacturing was relatively subdued," Dodhia said.

Although service providers retained an optimistic outlook regarding activity over the coming 12 months, the level of business confidence fell to the lowest since June.

Business confidence was frequently associated by panelists to long-term expected benefits of GST, the survey said.

"Encouragingly, the composite PMI was at the highest since June, supporting the IHS Markit forecast that GDP is on track to expand at 6.8 per cent in fiscal 2017-18," Dodhia said.

On the price front, input prices rose at the fastest pace since April 2016 while firms raised output cost.

"The services sector experienced further upward cost pressures as the rate of inflation quickened to the joint- fastest since April 2016," Dodhia said.