Law can't be 'blind', shouldn't treat every default as NPA: Goyal to RBI

Sections of the industry have moved Supreme Court for special treatment to power sector when it comes to classification of NPAs. 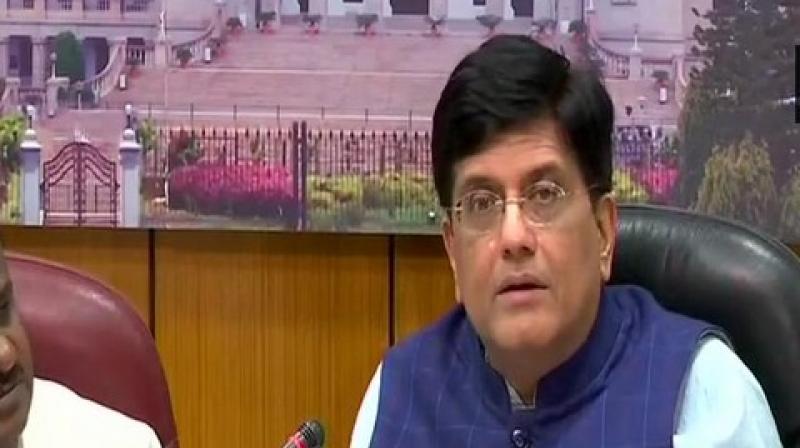 'We will discuss this and we hope to resolve it quickly', said Union Minister Piyush Goyal. (Photo: ANI)

Mumbai: Union Minister Piyush Goyal on Friday said that if a borrower does not get its dues from entities like discoms, it should not lead banks to classify that borrower automatically as a defaulter. The comments come a day after the Reserve Bank made it clear that it is not having a relook at a contentious circular about recognising of bad assets, issued on February 12 last year.

"Law cannot be blind, wherein in 90 days arithmetically it becomes an NPA (Non performing asset). We will also discuss this and we hope to resolve it quickly," Goyal said, speaking to industry representatives in a post- budget interaction at the BSE here.

He cited the case of a power producer to which a distribution company owed money, stating that just because the discom did not pay up, the power producer does not become a defaulter. It can be noted that sections of the industry have moved the Supreme Court for special treatment to the power sector when it comes to classification of NPAs.

"I think it is worth discussing with the Reserve Bank that if a payment is overdue and discom is not paying its bill, then we will have to think about NCLT and NPA," he said. Exhorting the industry to report any such instances, Goyal said the Government could ensure capital markets watchdog Sebi withdraws a proposal to disclose every default by listed companies and hinted that similar measures will be taken up with RBI as well.

Goyal also said that there is a need for specialised development finance institutions like IDBI, IFCI, and ICICI, saying that asset liability mismatch results in difficulties for the banking system to support the infrastructure sector. He said the Government is also trying to get the remaining eight banks out of the restrictive prompt corrective action (PCA) framework.