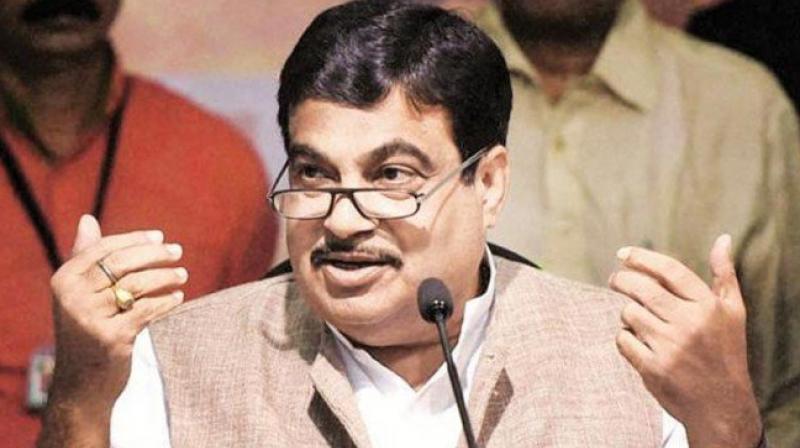 Inaugurating the maiden India Integrated Transport and Logistics (IITL) Summit here that saw various government departments join hands on a single platform, the Road Transport, Highways and Shipping Minister Nitin Gadkari said that the government is working on an integrated transport policy and creation of world-class infrastructure could propel India on the path of development and wipe out poverty.

At the time the Narendra Modi-led National Democratic Alliance government took over in 2014, the revenue receipts were at Rs 13 lakh crore which could scale up to Rs 20 lakh crore during the three years of the present regime, the Minister said. He also stressed the need for an integrated approach and policies to bolster economic growth saying two digit GDP growth was attainable on creating world-class infrastructure.

The minister said that to wipe out poverty and bolster economy, an integrated policy for various infrastructure sectors is top on the government's agenda that includes holistic development of a massive network of roads, ports, rail and aviation.

"If we have to wipe out poverty, if we want to achieve double digit growth, we will have to augment our infrastructure in an integrated manner and we are focusing on developing a network of waterways, railways and highways," he said.

His ministry, Gadkari said, was taking the length of National Highways to 2 lakh km soon and is committed to achieve a target of building 40 km of roads a day from the present 23 km. Thirteen expressways are on the anvil and work has been initiated on five of them with a target of completing the Rs 12,000 crore Eastern Peripheral Expressway by August 15 this year.

The minister said that 13,000 roadside amenities like rest areas for drivers, restaurants etc were on the works with tenders for 70 already received. Efforts are on to build world-class highways so that trucks in India can soon drive about 350 km a day. Due to poor infrastructure, trucks here can manage about 225 km a day compared to about 800 km a day in the US and 350 km in China.

The minister said that the three-day summit, which got underway today, would garner Rs 2 lakh crore investment. The summit is in line with the government's plans to have an effective multi-modal logistics and transport sector to make Indian economy more competitive. The minister said that the government plans to bring down logistics costs drastically to enhance exports and create huge employment.

The Road Transport and Highways Ministry plans to build 35 multi-modal logistics parks in the country which will cater to 50 per cent of the freight movement, enable 10 per cent reduction in transportation costs and 12 per cent reduction in carbon dioxide emissions. Land parcels have already been identified and pre- feasibility studies initiated on six of these locations.

The government has identified sites for the proposed 35 logistics parks to be set up on railways, highways, inland waterways and airports transportation grid. Fifteen such logistics parks will be constructed in the next five years, and 20 more over the next 10 years. These will act as hubs for freight movement enabling freight aggregation and distribution with modern and mechanized warehousing space.

An official said that a joint venture will be set up between NHAI and a partner which could be a state government with 49 per cent and 51 per cent stakes respectively. The government plans that of the total land acquired for the project, 40 per cent will be developed and returned to the land owner.

Of the remaining land, 20 per cent will be sold to finance the project while the profit from the rest 40 per cent will go to National Highways Authority of India. The Road Transport and Highways Ministry has also sought infrastructure status for these logistics parks.